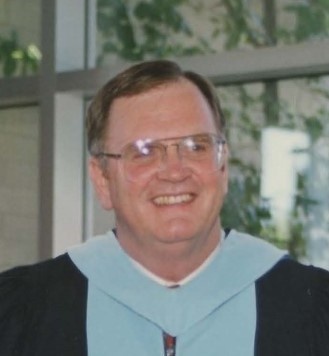 On Sunday, October 24, 2021, Jack Campbell passed away at the age of 79, after a lengthy illness. He was in the presence of his loving family.
He is survived by his wife Jackie (Earl) Campbell; son John W.Campbell, Jr. and wife Pam; Colleen Campbell Anoh and husband Kofi; Cathy Campbell and husband Tim Delaney; Kristen Campbell and fiancé Robert Bodmer. He is also survived by grandchildren: Zane Campbell; Ashley Campbell Nusraty and husband Haris; Amber Campbell; Steven Yinger and wife Jennifer; William Anoh; Rita Anoh; Kyle Nolan and wife Judith; Leslie Nolan; Joshua Long and wife Kayla; Adam Long and wife Breeanna. Great grandchildren include Carter Campbell Marsh; Landon Nusraty; Chloe Nusraty; Callen Yinger; Lila Yinger; Luke Nolan; Mason Brown; Kadyn Brown; Hunter Long; Savannah Long; Jackson Long; Jacob Long; and Jedidiah Long. He is preceded in death by his parents and his brother, David Campbell (wife, Barbara) and survived by his sister Lynn Campbell Limon (husband, Ed).
John William “Jack” Campbell was the first child of Elizabeth and Linwood Campbell. Born on December 7, 1941 in Jersey City, NJ. He grew up in the Lafayette, NJ area and graduated from Newton High School, where he lettered in 3 varsity sports: football, basketball, and baseball. On July 2, 1961, he married his high school sweetheart, Jackie Lynn Earl.
Jack graduated from Mt. St. Mary’s College in 1965 with a bachelor’s degree in English. He was proud to have been a center on the 1962 College Division National Championship Team, having been recruited and coached by longtime coach Jim Phelan. He went on to teach English at Our Lady of the Lake High School in Sparta, NJ and Holy Cross High School in Dover, DE (where he also coached basketball).
In 1968, he graduated from the University of Delaware with a master’s degree in Special Education. He taught Special Education at Sparta High School (and coached basketball and track). Jack then attended Pennsylvania State University where he received his doctorate degree in Special Education in 1970.
He and his family traveled to Reno, Nevada where he became a professor and administrator at the University of Nevada, Reno where he taught for several years before returning to his Alma Mater (Mt. St. Mary’s College) in 1978 to serve as Dean of the College. In 1982, Jack was promoted to Vice President for Academic Affairs, then to the position of Provost in 1990.
Jack took Sabbatical Leave from 1994-1995 to become a Visiting Professor at St. Andrew’s College in Bearsden, Scotland before returning to the Education Department of Mt. St. Mary’s to serve as Provost and Professor (as well as having been named an endowed professor and earning the John Richard’s Teacher Excellence Award. After “retiring” in 2010, he went on to become interim President at St. John’s Catholic Prep in Frederick, MD for a year.
Jack served on several Professional Boards over the years: Association for Retarded Citizens (Vice President and President) in Frederick, MD; St. John’s Catholic Prep; Saint Joseph’s High School, and the Parish Council of St. Anthony’s Catholic Church.
He received numerous Professional and Athletic awards over the years including the Sussex County Hall of Fame for Athletics; the Newton High School Pride Foundation for Academics and Athletics-given to those who developed illustrious careers; the Mount St. Mary’s Hall of Fame for Athletics; membership into Phi Delta Kappa International; and Friends of Catholic Education Lifetime Achievement Award.
Jack authored several books: Behavior Modification in the Classroom; Student Discipline and Classroom Management; and Individualized Instruction for the Educationally Handicapped, and numerous professional articles.
He was an avid baseball fan (especially the Yankees) and a voracious reader (with his favorite author being Jane Austen). He cherished his wife Jackie and loved spending time with his family. He will be missed beyond measure. Fly high, Jack, fly high!
The family will receive friends from 1-3 and 6-8 PM on Monday, November 1, at Stauffer Funeral Home, 104 E. Main St., Thurmont, MD 21788. A Mass of Christian Burial will be offered at 10 AM on Tuesday, November 2, at Mount St. Mary's University Chapel of the Immaculate Conception, Emmitsburg and will be live-streamed on the university website. A celebration of life reception will follow at the Seminary Dining Hall.
In lieu of flowers, the family requests that donations be made to the Education Department of Mount Saint Mary’s University, 16300 Old Emmitsburg Road, Emmitsburg, MD 21727. Thank you.
To order memorial trees or send flowers to the family in memory of Dr. John Campbell, please visit our flower store.