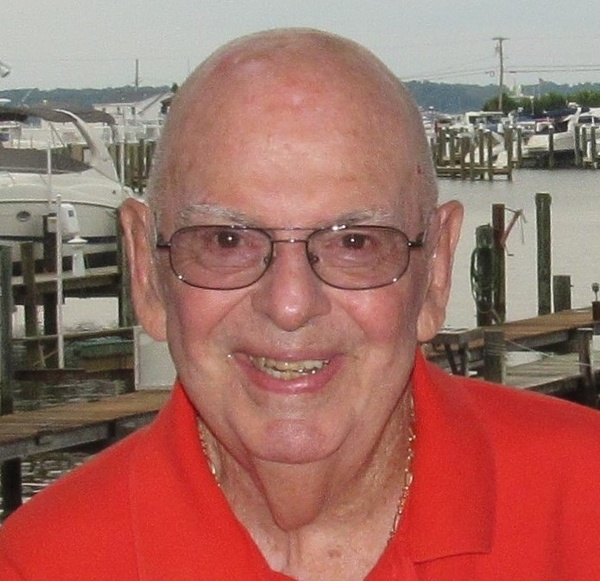 On Wednesday, October 27, 2021, Dwight M. McCallum, II of Adamstown, Maryland, passed away peacefully at the age of 90, while holding the hand of his beloved wife, Joan.

Dwight was born on August 10, 1931 in Binghamton, New York, the only child of Dwight M. McCallum and Eileen (Beardsley) McCallum.  He graduated from Binghamton High School and earned a Bachelor's Degree in Business Management from Utah State University.  Dwight enlisted in the United States Army in 1955 and transferred to the United States Army Reserves in 1958.  It was while he was stationed in Korea that an unsolicited "pen pal" letter that Joan had begrudgingly sent (at the behest of her sister) to another soldier (who refused it), serendipitously landed in Dwight's hands.  Thus began a 20 month exchange of letters, photographs and voice tapes with Joan.  Meeting in person for the first time on March 18, 1957, Dwight and Joan were engaged the next day and married on August 24, 1957.

After marrying, Dwight and Joan spent a short time at Ft. Benning, Georgia and then relocated to the Washington, D.C. area, ultimately settling in Montgomery County, Maryland.  It was there that they raised their three children, first in Rockville, and then Boyds where they enjoyed over 20 years at their beloved farm.  Dwight worked as a computer systems analyst at various companies, and spent the last 25 years of his career at NOAA in Rockville, Maryland.  After retiring, Dwight and Joan moved to New Bern, North Carolina and then relocated again to Fayetteville, Pennsylvania to be closer to their children and grandchildren.  They moved to Buckingham's Choice in Adamstown, Maryland in 2014, where they made many friends among the residents and staff there.  Dwight was known throughout his life for his hilarious practical jokes, sense of humor, infectious laugh and the charming twinkle in his eye, all of which stayed with him until his last days.

Dwight is survived by the love of his life, Joan (Waldmann); his son, Rick (Kimberly), of Venice, Florida; daughters, Kathy, of Bethesda, Maryland and Betty (Barry) Nail of Edgewater, Maryland; 10 cherished grandchildren; and 10 adored great-grandchildren.  Dwight was incredibly proud of his family and they all loved him dearly.

A private memorial service will be held by the family, who ask that those who wish to do so make a contribution in Dwight's name to St. Jude Children's Research Hospital, 501 St. Jude Place, Memphis, TN 38105 or online at www.stjude.org . Expressions of sympathy may be offered to the family at StaufferFuneralHome.com.

To order memorial trees or send flowers to the family in memory of Dwight McCallum, II, please visit our flower store.