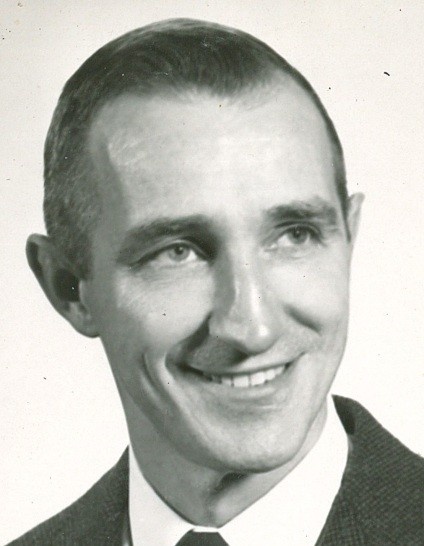 Dr. Earl Stewart Beck, Ph.D, age 98, of Frederick, Maryland passed away peacefully on Tuesday, September 7, 2021, at Kline Hospice House, Mt. Airy, Maryland.  He was a loving husband, father, grandfather, great-grandfather, son, brother, uncle and a friend to many.  Earl was the devoted husband of 58 years to Helen (Mack) Beck, who pre-deceased him in June 2011.  Born on December 6, 1922 in Bangor, Pennsylvania, he was the son of the late Ralph O. and Anna Mae (Pensyl) Beck.

Earl served in the US Navy as a Pharmacist’s First Mate on the USS Freestone during World War II.  After the Navy, he went on to receive his Bachelor’s degree from Muhlenberg College, Master’s degree from the University of Connecticut, and his Ph.D. in bacteriology from The Pennsylvania State University, State College, Pennsylvania.  Earl taught at Ohio Northern University before accepting a position with the Physiology and Genetics Branch at Fort Detrick.  Later, he was offered a position at the National Institutes of Health as an Assistant chief of the Vaccine Development Branch.  In this capacity he coordinated the government’s clinical trials for testing candidate rubella vaccines (German measles) that eventually contributed to the licensing of the vaccine.  Earl went on to lead the US-Japan Cooperative Medical Science Program and the Leprosy Program Review.  In 1987, Earl retired as the Chief, Parasitology and Tropical Diseases Branch and Coordinator of the U.S-Japan Cooperative Medical Science Program.  After retirement, he served as a consultant for various scientific organizations (including Breast Cancer Research Grants for the Army) and devoted much of his time to his family and grandchildren.

Earl was a member of Calvary United Methodist Church in Frederick, Maryland, for over 55 years and served as a Sunday School Teacher, Lay Person, Administrative Board member, Committee Chair and one of the founding members of the Week Day School Program, along with many other contributions that he made to the church and the community over the years. He was appointed to the Board of Trustees for the Frederick County Citizens and Rehabilitation Center.

The family will receive friends from 10:00 am to 11:00 am, on Friday, September 10th at Calvary United Methodist Church, 131 W. 2nd Street, Frederick, Maryland 21701, where services will begin at 11:00 am.  Masks are required to be worn in church. Interment will be in Resthaven Cemetery, 9501 Catoctin Mountain Hwy (U.S. Route 15 North), Frederick, MD 21701, immediately following the service.

Contributions in Earl's memory may be made to the Calvary United Methodist Church, Earl Beck Scholarship Fund, 131 W. 2nd Street, Frederick, Maryland, or St. Jude Children’s Hospital, 262 Danny Thomas Pl, Memphis, TN 38105 or to the Hospice of Frederick County, < https://www.frederickhealthhospice.org > , 1 Frederick Health Way, Frederick, MD 21701.  Additionally, the family would like to express their gratitude to Homewood, along with the hospital and hospice workers who were so supportive while he was in their care.

To order memorial trees or send flowers to the family in memory of Earl Beck, please visit our flower store.