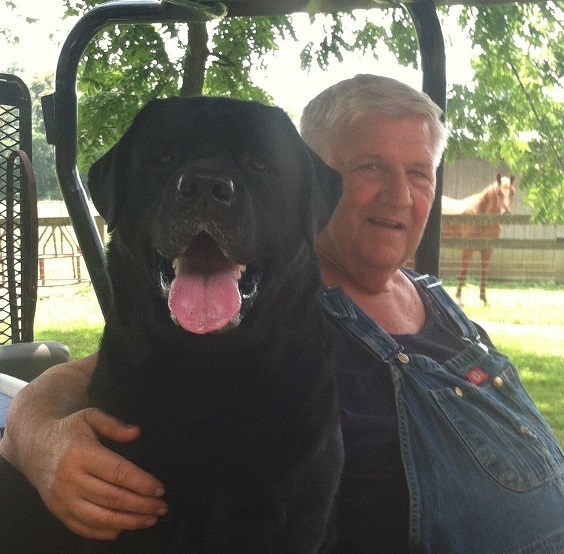 Edward Thomas Greeves was born February 19, 1942, and left us after a lengthy illness, that he fought hard against until the end came, on Saturday, June 4, 2022.

He is survived by his wife of 60 years, Christine Vlachos Greeves; and his children, Tani Greeves, Theresa Sabate, (husband Ted), and Christopher Thompson.  Grandchildren include Cori Russell and Buddy Sabate, with three lovely great-granddaughters, and another on the way.  He is also survived by his sister, Katherine Colleran Greeves; and his brothers, Joseph F. Greeves, and John Thomas (Jack) Greeves; as well as numerous in-laws, cousins, nephews and nieces.

Big Ed, as he was known, was a larger-than-life character with a unique personality that left a lasting impression with everyone he encountered.  He was the second of five children, who were raised to be fiercely independent and generous.  With a one-of-a-kind sense of humor and wit, every story included one of his catch phrases: "'Just the Idea', 'You know what I mean', or 'With reference to things'."

He met his wife in high school during which time he cut off some of her hair after she refused to let him cheat on a test.  Their teacher said they would either kill each other or get married.  Fortunately for his children, love (and honesty!) won out.  After their marriage, he began a short stint with the United States Postal Service then transferred to the United States Park Police.  Immediately, upon graduating in the top (#1) position in his police training, he joined their horse-mounted patrol unit. This position showcased well his unique talent with horses.  While stationed on the Capitol grounds, he trained his police horse to step inside school buses to greet the visiting children, to stand poised on picnic tables, walk under fountains or hold perfectly still under landing helicopters.  His giftedness with horses eventually led him to pursue his lifelong career as a full-time farrier and on the side, he enjoyed his small farm in Thurmont where he had a hobby operation breeding quality sporthorses.  His preference was for Thoroughbred/Warmblood crosses.  He would quote generations of breeding to anyone who would listen and loved riding and watching his horses compete. Wrestling matches were another favorite past time.

His faith was something he lived and spoke about daily; he was a member of the Glade Valley Congregation of Jehovah’s Witnesses.  His hope in a future without pain or suffering gave him great comfort and continues to provide solace to his family.

During the final part of his illness, he had the support of many friends including Joe, Marvin, Rodney, Smitty, John and Ron.  His family was able to honor his final wishes with their support and the team from Frederick Health Hospice.

His family is honoring his wishes to be cremated and to have a virtual online Memorial; the date is not yet set. In lieu of flowers, donations made be made online to JW.org or to frederickhealthhospice.org .

Arrangements have been entrusted to Stauffer Funeral Home and Stauffer Crematory, Inc. Expressions of sympathy may be offered to the family at StaufferFuneralHome.com.

To order memorial trees or send flowers to the family in memory of Edward Greeves, please visit our flower store.