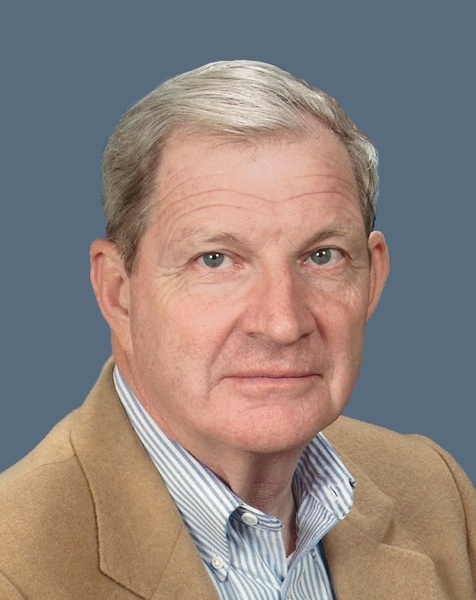 Edward Gable Higinbotham, Sr. age 79 of Frederick, MD died March 28, 2022, at Kline Hospice House.  He was the husband of Rowena Feeney Higinbotham, his wife of 60 years.
Born on May 28, 1942, in Hanover, PA, he was the son of the late Dorothy Gable Higinbotham and Frank Weadon Higinbotham.
He graduated from Frederick High School in 1960, where he was Drum Major and leader of the FHS Marching Band and was a star on the Track Team, winning many awards.  He held various offices in the FHS Alumni Association and was inducted into the FHS Distinguished Alumni.
After high school, he joined the U.S. Air Force.
He was active in the management of Blue Ridge Oil Co, a Division of Aero Oil Co for more than 50 years as Vice President and General Manager. He was a director of the Mid-Atlantic Petroleum Distributor’s Association (MAPDA).
He served on the advisory board for the Walkersville office of Farmers and Mechanics National Bank and was Treasurer for Friends of former Senator Jack Derr. He was a member and chairman of the Frederick City Police Commission for 17 years and a member of the Frederick City Labor Relations Panel.
He was actively involved in the Frederick community and held offices in various Frederick city and county organizations including: Frederick Lions Club, North End Civic Association, Frederick Jaycees, Elks Club, American Legion, Catoctin Club, the Evangelical Reform United Church of Christ and the Spires Brass Band. He was a Drum Major of the Rohrersville Marching Band, Rohrersville, MD and enjoyed marching in parades.
His passions were his family, especially his 3 grandsons, and collecting Lionel Trains. He supported and attended his grandsons’ pursuits and could repair any broken train that came to him. He was also our devoted keeper of family history.
He is survived by his wife Rowena, son Edward G Higinbotham, Jr (Kathleen G), son Dr. John P Higinbotham (Dr. Kathleen A) and 3 grandsons (E. Gable, III; Michael; and James). He is also survived by his brother, Randall Higinbotham (Kandy).
The family will receive friends from 2-4PM and 6-8PM on Sunday, April 3, 2022, at Stauffer Funeral Homes, P.A., 1621 Opossumtown Pike in Frederick, MD.
A celebration of Edward’s life will take place at 11AM on Monday April 4, 2022, at Stauffer Funeral Home, P.A.
Pastor Doug Jones will officiate.
Interment will be at New Oxford Cemetery in New Oxford, PA.

To order memorial trees or send flowers to the family in memory of Edward Higinbotham, Sr., please visit our flower store.