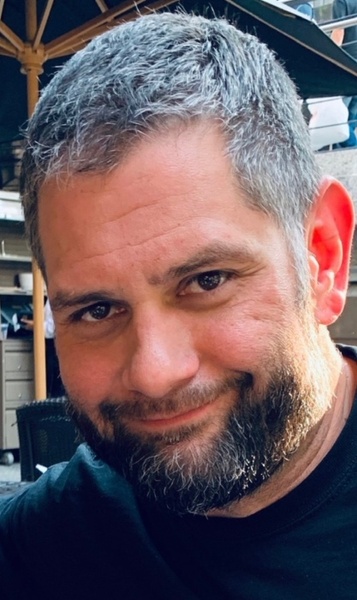 Ed was born on March 9 th , 1976, in Hollywood, Florida. He attended The American School of Paris in France where he learned to play rugby, a sport which he was very passionate about. He played for the University of Florida Rugby Club beginning in 1994, and remained active in the sport throughout his life, affiliated with clubs in Boston, Philadelphia (Blackthorn), and Maryland. He was a lifelong Gator fan, and never passed up an opportunity to represent the University of Florida. He is known affectionately by his friends as "Parisian Ed" and "Captain Ahab."

Professionally he spent most of his career in food service management with Outback Steakhouse & Panera, where he made some wonderful and lifelong friendships.

Ed was an incredible person known for this sarcastically wicked sharp wit, his gentle soul, and unparalleled loyalty to his friends and family. He was a loving and wonderful father to his two children, Porter (14) & Murphy (11). There will forever be a hole in our hearts and Ed will forever be missed. He is survived by this Wife Brande, Son Porter, Daughter Murphy, Mother Patricia Femminella Stein, Step-Father Bruce Stein, (Phoenix, AZ), Father Stuart Waldron, Step-Mother Dolores Waldron, (Melborne, FL), Sister Veronica Kondas (Lafayette, IN), and Brother David Waldron, (Brooklyn, NY), as well as a large extended family.

There will be a Celebration of Life held on Saturday, March 26 th at 8 W Frederick St in Walkersville, MD starting at 1pm. In lieu of flowers please see https://www.gofundme.com/f/ed-waldron-memorial-fund

To order memorial trees or send flowers to the family in memory of Edward Waldron, please visit our flower store.