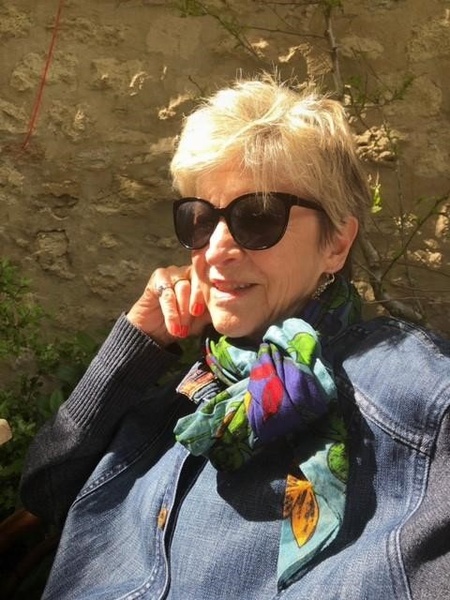 No life can be accurately portrayed in the few paragraphs of an obituary and Bette Visco’s was perhaps even less suited than most to the traditional encomiums. She balanced family and work her entire life and through a succession of jobs, the last of which was as office manager for Del-Val Enterprises, a family business, from which she finally retired at age 78, an apt testimonial to her boundless energy.

Her more significant accomplishments, as family and her many friends could attest, were in the art of good living. She loved friends, a good party, to dance, to laugh, to cook, to travel and eat good food,  perhaps most of all, combining many of her loves together, to entertain. The fourth of six children, she was, for most of her 89 years, the driving force behind much of what the family did together, a never-ending succession of holiday dinners, weddings, baby showers, birthday parties, summer happy hours and  daily gatherings. She attended all of them wherever they were held, from Michigan to Mississippi, in the Philadelphia suburbs and at her beloved Margate, New Jersey. She planned many of them, she hosted most.

Her parties were legendary for their elegant presentation and long duration, but especially for their expansive menus and accomplished cooking. In a family of people who know how to cook and who really appreciate good food, Bette stood out as perhaps the best of the bunch. A truly great hostess and cook. In her prime, no one could produce as much good food as quickly as Bette could, her children and the others who occasionally served as her kitchen assistants could barely keep up with her exhaustive prep lists, menu planning, marathon cooking sessions, beautiful presentations and her insistence by evening’s end of returning every plate and platter, every piece of crystal, to its rightful place as spotless as it began the day. One could be forgiven for thinking that Bette also loved cleaning, given the unflagging zeal with which she pursued it deservedly earning the Strega Nona title for her never ending sweeping in search of a miscreant crumb. She set exacting standards and endeavored to meet them despite the insistence of her sons-in-law that the struggle was ultimately in vain.

Although the family was plentiful enough on its own, Bette’s generous nature led to its enlargement by several honorary members over the years. There was no one who was not welcome in her house or at her table. Friends became cousins and life-long relationships were established with other families to which Bette became attached.

Her second great love - after family and entertaining, which went together - was travel. She lived by the motto: “have passport; will travel” to just about anywhere and with anyone else who was willing. Her passport stamps read like those of an international correspondent: Rome, Paris, London, Majorca, Barcelona, Caracas, Honolulu, Vancouver, Cancun, and plenty of places in between. There were always trips to see family in Florida, Mississippi, Michigan and Italy. Summers at the shore and winter trips to many warm places. At the age of 86, she toured the south of France and wanted to do every walk with her daughter and granddaughter. At 87 she was off to Campeche,  Mexico for her grandson’s wedding where she danced, celebrated and spent time poolside enjoying cocktails with her grandchildren and greatgrandchild. Her love of travel, of enjoying family, friends and food is a legacy passed on to and embraced by her two generations of children and grandchildren.

Every one of them will miss her fierce determination, her lively spirit, her loving nature.

Memorial contributions in her name may be made to the charity of your choice.

To order memorial trees or send flowers to the family in memory of Elizabeth Visco, please visit our flower store.