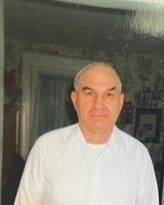 Elvin Richard Flook, 83, of Boonsboro, Maryland, passed from this life on Saturday, December 17, 2022 at Creekside Village/Ravenwood Nursing Care Center in Hagerstown, Maryland.  He was the beloved husband of Fannie "Elizabeth" Flook for 38 years.

Elvin was a 1957 graduate of Boonsboro High School.  He worked for Dairy Herd Improvement of Washington Co. for 40 years. Elvin loved his family and his church family.

In addition to his wife, he is survived by his sister Doris Flook of Boonsboro and brother, Ronald Flook of Fairplay; five step-children, Ruth Aikens (Rickie) of Martinsburg, Joseph Martin (Sandy) of Greencastle, Irvin Martin of Mercersburg, Neil Martin (Debbie) of Smithsburg and Paul Martin (Carrie) of Sharpsburg; 12 step-grandchildren and 10 step great-grandchildren.

He was preceded in death by his brothers, Gerald Flook and infant brother, and sisters, Velma Flook Scott, Esther Flook Kitchen and Mary Flook Dorsey and his step great-granddaughter, Molly Marie Wolfe.

A celebration of Elvin's life journey will take place at 10:00 am on Thursday, December 22, 2022, at Bast-Stauffer Funeral Home.  Pastor Paul Clemmer  will officiate.  Interment will be at Boonsboro Cemetery.

In lieu of flowers memorial donations may be made to Community Mennonite Church, 21108 National Pike, Boonsboro, MD 21713.

To order memorial trees or send flowers to the family in memory of Elvin Richard Flook, please visit our flower store.