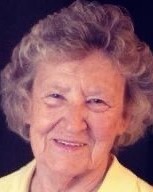 Emma Louise (Summers) Harner, 86, of Frederick, Maryland passed away on December 10, 2022. She is now at rest with the Lord and reunited with her husband, the love of her life, Nickey (Nick) Gean Harner.

Emma was born in New Market, MD on December 13, 1935.  She married Nick, on July 10, 1953.  Nick was in the Air Force, and during his Air Force career, they lived in New Jersey, Washington, D.C., Springfield, VA, and Homestead AFB, Florida before retiring to their home town of Frederick, MD.

Emma and Nick had 2 children, Sharon (Harner) Sullivan, and Michael Harner. Emma and Nick traveled in their motorhome in retirement and when at home spent many special times with their children and grandchildren. In March of 2002 Emma lost her beloved husband Nick.  She showed such resilience after the loss of her husband, learning how to take care of her finances and the outside chores around the house that Nick had taken care of before.   She dedicated the rest of her life to her children, grandchildren and numerous other family members and friends.  She loved to play cards, do jigsaw puzzles, play Yahtzee, and most of all visit with her family and friends.

Emma is survived by one sister, Helen Weishaar.  She is survived by her 2 children and their spouses, Sharon and Mike Sullivan of Hagerstown, MD, and Michael and Gina Harner, of Damascus, MD.  She is also survived by 7 grandchildren who have such special memories of their times together and loved her dearly: Matt Sullivan and girlfriend Allison Sheridan of Salisbury, MD, Kim Sullivan and fiancé Jon Wesner of Wrightsville, PA, Scott Sullivan of Hagerstown, MD, Jamie Sullivan of Hagerstown, MD, Thomas Harner, and wife Julie of Fairfax, Virginia, Amanda Bittner and husband Michael, of Reston, VA, and Kristen Harner of New York, NY, and a special grandnephew, Vince Weishaar, who lived close by and visited frequently and helped her a lot over the years. She is also survived by numerous other nieces and nephews and their families, and many friends.

A caring, family oriented woman, Emma will be missed by her family and friends for her compassion and fun loving spirit.  God Bless.

Funeral services will be held at 11 a.m. on Friday, December 16, 2022 at Stauffer Funeral Home, 1621 Opossumtown Pike, Frederick. The family will receive friends from 10 a.m. until service time.

Condolences and special memories may be shared with the family at StaufferFuneralHome.com.

Memorial contributions can be made to the Parkinson’s Foundation at www.parkinson.org.

To order memorial trees or send flowers to the family in memory of Emma Louise (Summers) Harner, please visit our flower store.