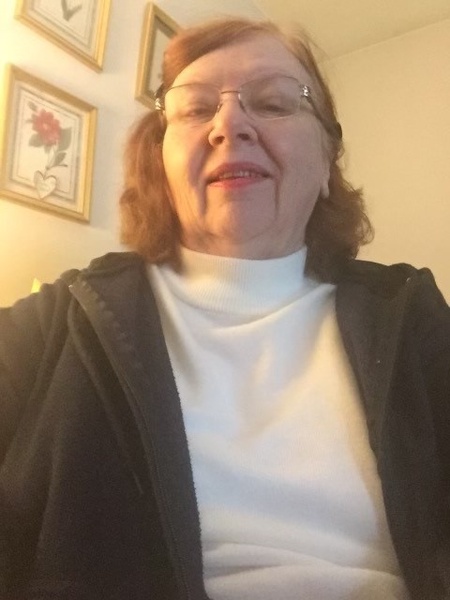 Elaine was born on May 29, 1939, in Negley, Ohio to Marion Grier Goodhart, and Esther Alberta (Cope) Goodhart. She grew up in Vestal, NY, with her loving parents, and 2 wonderful sisters.

After graduation from Vestal Central High School in 1957, Elaine enlisted in the US Army Women's Army Corps during the early years of the Vietnam Conflict.  While stationed in Heidelberg, Germany; She met and fell in love with another US Army Soldier, William R. Bruce.  The couple would be married on January 12, 1961.  Elaine would complete her Army Service with an Honorable Discharge, and a Good Conduct Medal.  While still residing in Heidelberg, Elaine gave birth to her first child, Rebecca on December 22, 1962.  Subsequently, when her Army husband, Bill, was stationed at Fort Ritchie in Frederick County, MD; she gave birth to her second child, Michael, on November 19, 1965.  While a Stay-at-home Mom during the early years of her children, Elaine earned her associate degree at Frederick Community College in 1976. Elaine's career is highlighted by her position as a Buyer and Parts Expeditor at Fairchild Space, later she served in Secretarial Support at the Dept. of Energy.  Working Full Time, Elaine continued her education, and received her bachelor’s degree at the University of MD-UMUC.  Elaine ultimately retired in the late 1990's to provide Daycare for her 2 young granddaughters.

Both Elaine, and her husband, Bill were Active Members at the American Legion Post 282 in Woodsboro, MD where they had each served as Post Commander.  They both played key roles in the Post's Bingo Program which helped to raise funds for US Veteran causes, and the creation of a Korean War Memorial that overlooks the town of Woodsboro, MD,

Elaine was a devout Christian, and a lifelong member of the South End Baptist Church on Carrolton Drive in Frederick, MD.  She sang in the Church Choir, helped with Sunday School, volunteered, and put her craft skills to use for various Christmas Gift Projects.  She had a great love of the Holy Bible, and regularly took part in Bible Study with her dear friends.

Elaine is predeceased by her Parents, and her Husband, as well as, her daughter, Rebecca Lynn Bruce-McAvoy.

In addition, Elaine is survived by Bill's family in South Carolina which includes Richard and Margaret Bruce; Carroll, Danny, and Ruby Reynolds, as well as the family members to all those listed here whose lives were always a subject of interest, and joy for Elaine.

A funeral service will be held at 1pm on August 25, 2021, at Stauffer Funeral Homes, 1621 Opossumtown Pike, Frederick, MD. The family will receive friends one hour prior to the service.

Interment will be held at a future date at Arlington National Cemetery, where she will rejoin her husband, William R. Bruce; and receive Full Military Honors.

Expressions of sympathy may be shared with the family at www.staufferfuneral.com

To order memorial trees or send flowers to the family in memory of Esther Bruce, please visit our flower store.