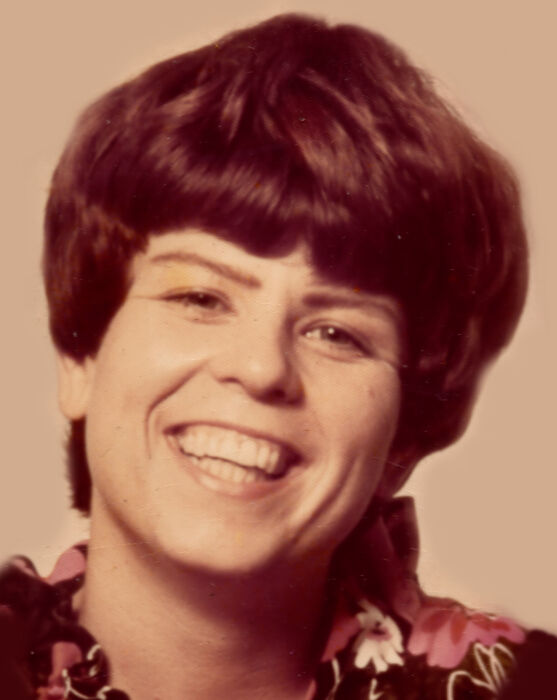 On Thursday, November 4th at sunset Eva Maria Carpenter peacefully slipped the bonds of this earthly existence surrounded by those whom she loved. Though we grieve, let us continue to share her spark through stories.
Eva was born in El Paso, Texas on June 17th, 1950 to her parents Grady J. and Maria L. (Jagla) Stroud, in “the second half of the century,” as she liked to say. She was the 2nd of her 5 siblings. A graduate of Irving High School in El Paso in 1968, she belonged to the National Honor Society.
After High School, on August 21st, 1968, she married C. Riley Carpenter, Jr. in Juarez Mexico (across the border from El Paso). She loved to tell the story of how Riley was not of legal age to marry in Texas, which was 18 for girls, but 21 for boys at that time. She would laugh and say she had to smuggle him across the border. Riley loves to tell the story of asking for Eva’s hand in marriage, to which her father replied, “Sure, let her go bust up some of your stuff for a while.” Multiple additional vow renewals followed, so no one was really sure which anniversary they may have been celebrating on a particular day. She sure did like to celebrate. Her father being Army, and her husband a Navy man, she traveled the USA extensively, picking up friends and spurring lots of laughter along the way.
Eva received her Bachelor’s in Psychology from San Diego State University in 1974, followed by a Master’s degree in 1979. She had a passion for teaching and taught Psychology at various colleges nationwide.
Possessing a big smile and an even bigger personality, you would find Eva putting her whole heart into anything she did. She was an active member of the Church of Jesus Christ of Latter Day Saints. Along with swimming and quilting, Eva had a lifelong love of gardening and good ol' fashioned digging in the dirt. Let us assure you - that woman could grow absolutely anything with roots. Similarly, after being denied a puppy as a child, Eva went on to open her heart to all kinds of critters in need of a home. She raised dogs, cats, parrots, rabbits, guinea pigs, goats, horses, sheep, chickens, fish, frogs and turtles (that is, to name a few).
Eva’s greatest joy, however, was her family. She is survived by her loving husband Riley, who is 100% sure that he will see her again in Heaven, and her two sons, Brian of Frederick (the good one who stayed close) and Scott, the kid who lives with Mom’s beloved daughter-in-law Tereza (who also doesn’t like shoes, just like Mom) in Australia. Grandchildren are Claire and Montana, also of Australia. Mom loved to take credit for the good traits in the kids; negative behaviors would be attributed to the bad genes of others.
Although from a large family, Eva is survived by only one other sibling. Anita, who she loved dearly and took credit for helping to raise (Anita being a good person), Anita’s husband Gordon and their daughter Joanna with her husband David, and other nieces and nephews.
In lieu of flowers, you may make donations to the Frederick County Humane Society or your local Humane Society in her name. She would love that.
A viewing is planned for Thursday, November 11th 5-8 pm at Stauffer’s Funeral Home in Frederick, and her funeral service will be held on Saturday November 13th 3pm at the Church of Jesus Christ of  Latter Day Saints in Frederick. Her final resting place will be at the National Cemetery at Fort Bliss, in El Paso.

To order memorial trees or send flowers to the family in memory of Eva Carpenter, please visit our flower store.