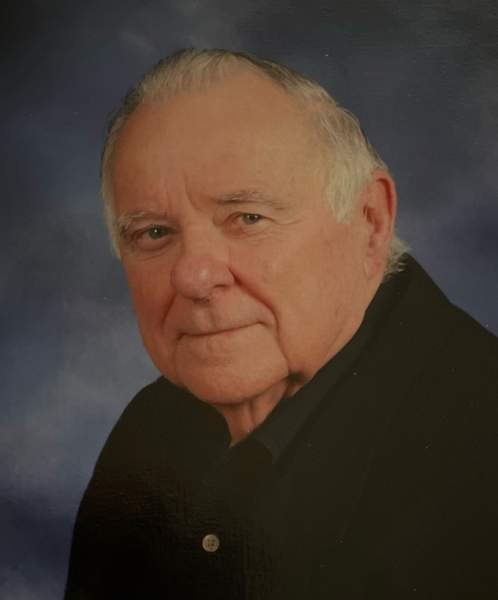 F. Ridgely "Ridge" Cramer, II, 88, of Walkersville, died on Tuesday, September 6, 2022 at Frederick Health Hospital. He was the husband of the late Joyce Cramer, who died in 2006. They were married for 26 years at the time of her passing.

Born on November 7, 1933, in Frederick, MD, he was the son of the late Frank R. Cramer and Ellis J. (Mercer) Cramer. He was the last of his immediate family.

He graduated from Walkersville High School and enlisted in the U. S. Marine Corps serving as a proud Marine from 1953 to 1957.

Ridge worked for the Phillips 66 Fuel Oil Company after his enlistment and settling down in Walkersville in 1958.  He became an Insurance Adjuster in the early 1970's and worked for Selected Risks, Erie Insurance and the Gay and Taylor Company in Towson in various positions.  He retired in 1999.  He also worked at Montgomery Ward in Annapolis.

He was an active member for the Walkersville Volunteer Fire Company and Walkersville Volunteer Rescue Company.  He was a weekly worker at the joint Bingo Fund Raiser and sold holder tickets at many Rescue Company events.  His tenure with the fire company started in 1958.  He held numerous positions at the fire company including engine driver, Vice-President 1963-1965, Board of Director 1967, 2014-2015.  He was instrumental in starting the County Fire Police Association in 1969. He was Captain of the Marching Unit from 1963 to 1977.

Ridge was an active community leader and served as a Walkersville Town Commissioner from 1972-1978 and also served as an election judge. He was the first President of the Kiwanis Club of Walkersville which was organized in 1973. Additionally, he was an active member of the Shangri-La Detachment of the Marine Corp League of Frederick; an active member of the Woodsboro American Legion; and was President of the Glade Town Condo Association for over a decade serving from 2007-2019.

He was predeceased by his former wife, Betty Jean Wise in 1990; two sisters, Josephine Gilbert and Shirley Stull; and a brother, Richard Cramer.

The family will receive friends from 1 to 3 p.m. and 5 to 7 p.m. on Sunday, September 11, 2022 at Stauffer Funeral Homes, P.A., 40 Fulton Avenue in Walkersville, with the Woodsboro American Legion conducting a memorial service at 6 p.m.

A celebration of Ridge's life journey will take place at 11:00 am on Monday, September 12, 2022, from the funeral home with Rev. Tim May officiating.

In lieu of flowers, memorial donations may be made to the Walkersville Volunteer Rescue Company,  P. O. Box 202, Walkersville, MD 21793; or the Woodsboro American Legion, 101 W. Elizabeth Street, Woodsboro, MD 21798

To order memorial trees or send flowers to the family in memory of F. Ridgely "Ridge" Cramer, II, please visit our flower store.