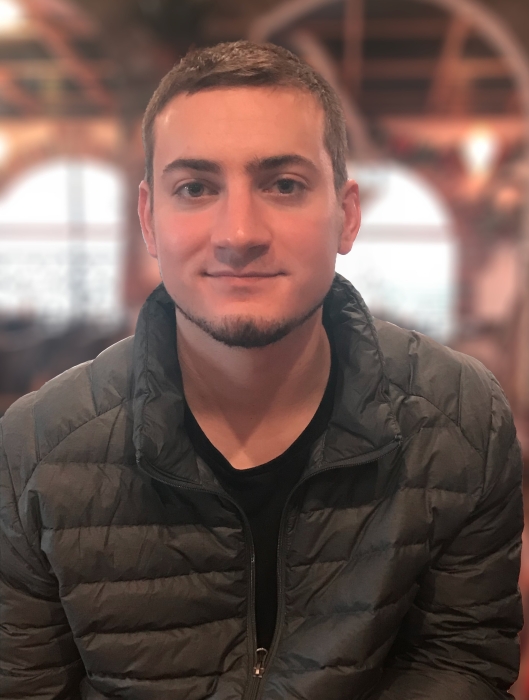 Frank “Frankie” Edwin Holt passed away unexpectedly on Thursday, June 9, 2022, at the age of 27.
He was born in Olney, MD on July 30, 1994. In 2012, Frankie graduated from the International Baccalaureate Program at Urbana High School.  At the time of his passing, he was working as an electrical apprentice in Baltimore, where he shared an apartment with his best friend, Jon Beaudoin, and beloved cat, Lucy.
Frankie was an exceptional tennis and soccer player. He enjoyed playing video games and the guitar, even composing some of his own music. He also was a talented, self-taught cook who frequently wowed friends and family with his impressive omelet-flips and dynamic flavor profiles.  A born philosopher, he took great curiosity in the world and society around him and was known within his family for being a great conversationalist.
He is survived by his parents, Frank and Kara Holt, and younger sister, Christina, of Frederick, MD. In addition to his immediate family, he is survived by his grandmothers Ann Holt of Olney, MD, and Barbara Anderson of Denison, TX; Christina “Chrissy” Anderson, aunt; Christopher Holt and Robert Holt, uncles; and his two favorite cousins, Lela Michelle Berastequi and CJ Holt. He was preceded in death by his beloved grandfathers, Frank Holt, Sr. and Edwin Anderson.
The family will receive friends and family on Wednesday, June 15, 2022, from 5:00-7:00 pm at Stauffer Funeral Home, 1621 Opossumtown Pike, Frederick. A Mass of Christian Burial will be held on Thursday, June 16 at 10:00 am at St. Ignatius of Loyola Catholic Church in Ijamsville, MD.
In lieu of flowers, donations may be made to the Frederick County Humane Society at www.fchs.org.
To order memorial trees or send flowers to the family in memory of "Frankie" Holt, please visit our flower store.