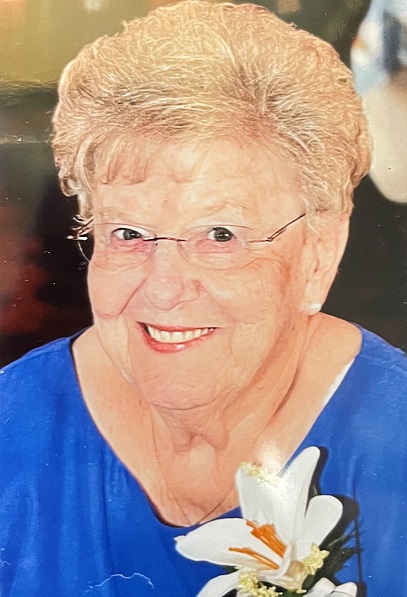 Mrs. Freda Louise "Hagan" Leopold went home to be with the Lord on Monday, February 07, 2022, with family by her side. She was born on February 12, 1935. She was the daughter of the late Thomas and Louise Hagan of Broad Run, Jefferson, MD.

Freda graduated from Middletown High School in 1953. Before retiring, Freda was a long-time employee at Fairchild Space and Defense in Germantown, MD. She was a member of Saint Paul's Lutheran Church in Burkittsville, MD. She was also a member of both the Brunswick Volunteer Fire & Rescue and Brunswick Ambulance Ladies Auxiliary.

Freda looked forward to days spent with her friends and would often quote, "The girls are coming down." This was Freda's game day-filled with fun and laughter, playing games with her dear cousin Bernice Snyder and the girls: Donna, Peggy, Sis, Pud, Dixie, and Evelyn.
Freda's neighbor Kathy was like another daughter to her and was always there for her and the family. She always assured Freda that she was only a phone call away, whatever the need would be. She referred to her as her "Guardian Angel."

Freda cherished her time with her grandchildren and great-grandchildren. They always lit up a smile on her face. Freda's family would like to say a special thank you to all Home Health Agencies, EMS, Hospice, family, and friends that supported her with her battle against dementia.

In lieu of flowers, contributions may be made to Shriner's Children's Hospital at 2900 Rocky Point Drive Tampa, FL 33607 or Hospice of Frederick County 516 Trail Ave Frederick, MD 21701.

To order memorial trees or send flowers to the family in memory of Freda "Hagan" Leopold, please visit our flower store.