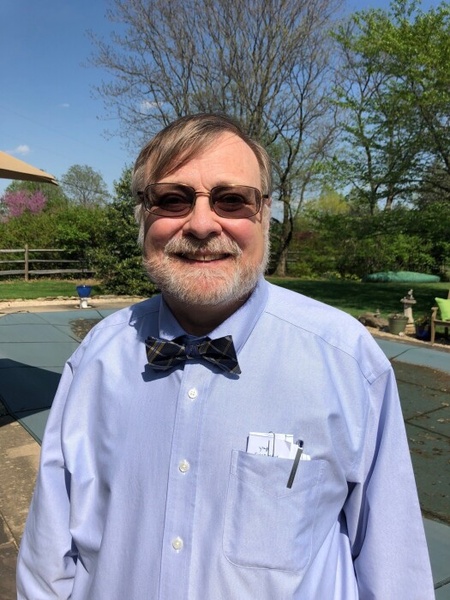 Frederick Joseph Brainerd, 70, of Frederick, MD died on June 21, 2022 after a long illness. A devoted family man and celebrated local educator, Rick is loved and remembered by his immediate and extended family, friends, and a legion of former students who loved being in his classroom.

Rick taught Latin for many years at Catoctin High School in Thurmont, bringing an ancient language to life with his signature humor, good spirits and lively lessons that were legendary in the school and inspired a love of language among many students who may never have dabbled in Latin without his influence. He even brought an ancient Greek program at the school, becoming the only public high school in Maryland to offer such a program. His classroom, often filled to capacity, was the scene of ancient lessons and language made real with gladiator props, Muppets, and much, much laughter. Perhaps most importantly, Rick loved his students and took them seriously, making his classroom a safe place for people of all backgrounds and academic inclinations.

His jovial approach to teaching, however, was underscored by a serious background in academics and a fine mind with attention to detail. He was educated at Brooks School in Andover, MA and Bowdoin College in Maine, ultimately receiving his master’s in education at Tufts University. He had an encyclopaedic memory of milestones and nuances alike of ancient Roman history, often surprising his family with interjections of trivia and insights in seemingly unrelated conversations. He was a lifelong learner, alternating dense historical books with much lighter humor books that set off his wonderful, truly infectious belly laugh.

Rick was born on April 5, 1952 in Lawrence, Massachusetts to loving parents Frederick and Flora Brainerd, and became part of a close-knit New England family that started small businesses together, skied, built and enjoyed cabins in New Hampshire and cherished their time together. He moved “down South” to Maryland in his 30s, claiming he was deciding between moving to one of two towns that reflected his name, either Frederick, MD or Brainerd, MN. Soon after his move, he met his beloved wife and fellow teacher Linda Brainerd. They shared three children, Gina Wimpey (and her husband Josh Wimpey and children Sasha and Calvin), Peter Montefusco, and Cara Brainerd. Above all, he loved being husband, father and “Pop-Pop.” He is also survived by his cherished sister Kristina Innes and her husband Daniel Innes and their four children, Maggie, Allison, Peter and Bridget and their families, and many cousins.

To order memorial trees or send flowers to the family in memory of Frederick Brainerd, please visit our flower store.