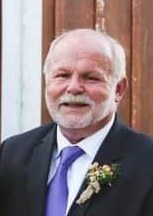 George W. Shaw, 71, of Walkersville, MD passed from this life on Monday, April 18 at his home in the company of those he loved.

Born July 8, 1950 in Elizabeth, New Jersey, he was the son of the late George W. Shaw Sr. and Merna L. (Horsch) Shaw. George was a 1968 graduate of Frederick High School and a 1989 graduate of Frederick Community College with an Associates Degree in Engineering. As a civil engineer with over 44 years of service with Bechtel Corporation, George spent much of his career traveling the world and working on large scale construction projects. Later in his career, George enjoyed sharing his experience and knowledge by mentoring others.

Upon retirement, George enjoyed spending time on his hobbies. A lifelong history enthusiast, George enjoyed touring battlefields and participating in Civil War reenactments. He was a 40 year member of the North South Skirmish Association (NSSA) in Winchester, VA with the 17th Pennsylvania Volunteer Cavalry. An avid gardener, you could often find him in the summer tending to his garden plots at Heritage Farm Park in Walkersville where he enjoyed the company of fellow gardeners.

George is survived by his wife, Pamela L. (Staley) Shaw; and their children, George Shaw III of Jefferson; Erin Becker and husband Joe of Dysart, PA; Meghan Wyant and husband Matt of Union Bridge; and Caitlin Shaw of Frederick; as well as ten beautiful grandchildren whom he loved.

The family will receive friends on Friday, April 29 from 3-4pm at Stauffer Funeral Home at 1621 Opossumtown Pike, Frederick, followed by a celebration of life at 4pm.

To order memorial trees or send flowers to the family in memory of George Shaw, Jr., please visit our flower store.