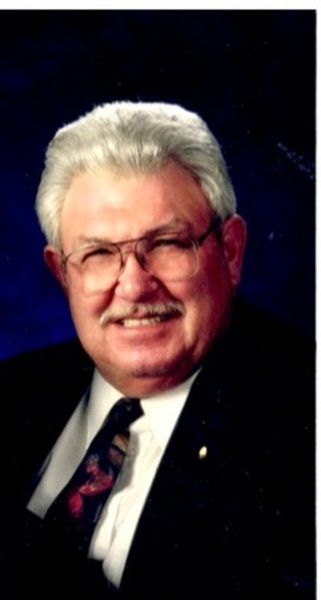 George Harry Smith, 85, of Hagerstown, Maryland, passed from this life on Thursday, February 17, 2022 at Doey's Hospice House. He was preceded in death by his beloved wife Bonnie Smith in November of 2021.

Born on October 3, 1936, in Middletown, Maryland, he was the son of the late Leroy Smith and Francis (House) Smith. He graduated from Middletown High School in 1954. He attended vocational training to obtain his Maryland Surveyors License. He worked for many years at the WSSC, until his retirement. Within 2 years WSSC called to bring him out of retirement and back to the team. He was an active member of the Redmen where he served in may positions locally, statewide and on a national level. He served as the Great Incohonee. His home tribe was tribe #84 of Williamsport, Maryland.

He is survived by his daughter, Denise Pankow and husband Dale and son, Dwayne “Doug” Smith; grandchildren, Matthew, Nicholas and Dale Pankow Jr. and Christopher, Kalyska, Laramie, Maggie, and Willow Smith; his sister, Kay Berstein and husband David; and his niece and nephew Mindy Finelli and Daniel Berstein.
The family will receive friends from 1-2pm on Friday, February 25, 2022 at the Bast-Stauffer Funeral Home, 7607 Old National Pike, Boonsboro, MD. A funeral service will begin at 2pm at the funeral home and interment will follow at Boonsboro Cemetery.
Expressions of sympathy may be shared with the family at www.staufferfuneralhome.com

To order memorial trees or send flowers to the family in memory of George Smith, please visit our flower store.