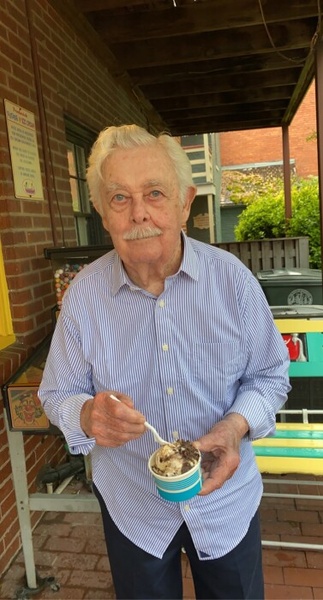 Born on 4 June 1931, in Washington, DC, he was the son of the late Lawrence Marcellus Murphy and Anne Bailey Glant.

He was the loving husband of Frances Syracuse Murphy, his wife of 62 years.

Buddy retired from the Washington Gas and Light Service after 35 years and in 1985 was honored as Employee of the Year. His second career was Grandpa’s Taxi service which he proudly ran for 20 years.

He was known to his family as Mr. Fix-It as he loved DIY projects, mowing his lawn, relaxing with family doing puzzles, reading history, playing golf, and traveling.

He is preceded in death by his parents and brother, Lawrence Marcellus Murphy Jr.

In lieu of flowers Memorial donations may be made to Cleveland Clinic’s Miller Family Heart, Vascular & Thoracic Institute, https://my.clevelandclinic.org/giving

To order memorial trees or send flowers to the family in memory of George "Buddy" Murphy, please visit our flower store.