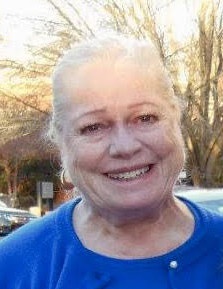 Geraldine "Geri" L. Henry  (83) of Frederick, MD, passed away at her home on June 27, 2022, surrounded by her loving family. Geri was born in Lynchburg, Virginia on October 31, 1938 to Grace Harper and John Weir. Geri was a graduate of the George Washington University earning both her undergraduate degree and as well as her MBA.
Geri is survived by Laura (Michael) Molsky of Germantown, MD, Laurence (Mary) Feys of Germantown, MD, George Steven (Kamilla) Feys of Beallsville, MD and Kimberley Feys of Adamstown, MD and grandchildren; Kyle Molsky, Shannon (Clay) Tripp, Meredith Feys, Avery Fitzgerald, Seneca Feys, Jack Feys and Nicholas Feys. She was predeceased in 2005 by the love of her life, husband Jack W. Henry, Jr.
Geri lived most of her adult life in the Washington D.C. area and enjoyed partaking in much of what the area had to offer, from the Smithsonian to fireworks on the Mall, Wolftrap, The Kennedy Center, and so much more.  Geri was quite the hostess and took pride in throwing the most memorable parties. She was an avid chef and gardener. Geri was known to tweak nearly every recipe she encountered, creating wonderful meals for family and friends. She was published in Gourmet Magazine for her Chocolate Mousse recipe.
Her grandchildren were the light of her life. Affectionately known to them as "Grandy," she shared with them her love of traveling, delight in trying new recipes & restaurants and her excitement for all things Disney. Grandy was always encouraging them to read and to continue learning. The love she had for her grandchildren shined through and she will always be remembered asking them “I know you don’t need it, but do you want it?" with a twinkle in her eyes. Geri Henry lived her life to the fullest, oftentimes taking last minute trips or trekking the family to the lake house where she enjoyed so many good times.
A Celebration of Life will be held on August 7th from 2:00 PM on at 20631 W Hunter Road, Beallsville, MD 20839.
In Lieu of flowers, please consider donations made to The Smithsonian Institution or Wolf Trap.org.
To order memorial trees or send flowers to the family in memory of Geraldine "Geri" Henry, please visit our flower store.