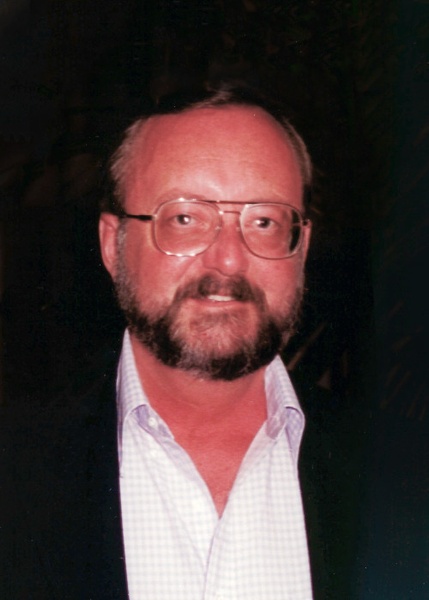 Gilbert Brooks Kelbaugh, age 79, passed peacefully to eternal rest on Friday, May 20, 2022. He married LaRue Irene Arnold of Frederick in 1970. The couple had shared their lives together for over 51 years. Gilbert was born December 30, 1942, and was the son of Lee J. and Virginia K. Kelbaugh. He grew up in Thurmont, MD, where he was known as “Gilly.”  He graduated from Thurmont High School in 1960, where his senior class named him “the wittiest and class clown.”

Gilbert enlisted and then served in the U.S. Army Security Agency as a Radio Teletype Intercept Operator in Northern Turkey during the Cuban Missile Crisis. He graduated from the U.S. Army Infantry Officer Candidate School (OCS) in 1967. He served two tours in Vietnam. During the first, he was assigned to intelligence units supporting U.S. ground forces, and was at Long Binh during the 1968 Tet Offensive. He volunteered for combat duty his second tour as an advisor to South Vietnamese ground forces. He recruited former enemy guerillas to form the U.S. Army’s first Kit Carson Scout Team to operate in the Mekong Delta. He ended active duty as a captain in 1972.

After earning a BGS in Political Science from the University of Nebraska at Omaha and a Master’s Degree in Contemporary Government from Hood College, Gilbert resumed his career as an intelligence officer, eventually working with the Defense Intelligence Agency (DIA) and became the Senior Political-Military Analyst for the Indochina countries in the Directorate for Research. During his time at DIA, he served as Asia Desk Officer at the National Military Intelligence Center (NMIC) in the Pentagon. He was a mentor within the US-Australia integrated intelligence office program. For the lasting, positive impact of his work with the Australian Intelligence Community, Gilbert received in 2013 a recognition rarely given to foreigners, the Australian Chief of the Defense Force Commendation Award. With his retirement from DIA in 1997, Gilbert had already received the U.S. Defense Intelligence Director’s Award.

Gilbert lived with his wife LaRue on her family’s farm near Frederick. They became active soil conservationists and naturalists, and were named “Maryland Wildlife Farmer of the Year 2010.”  Gilbert was an avid gardener, photographer, and cook. He loved his German shepherds and classical music.

Gilbert was predeceased by his older brothers, Jennings and Sterling, his brothers-in-law Charles K. Ambrose,  Richard H. Arnold, Jr., and sister-in-law, Ernestine Rhae Arnold. In addition to his wife LaRue, he is survived by his sister-in-law, Mary E. Ambrose, and many nieces and nephews. He highly treasured the love, time, and memories that were created with David and Consetta Ambrose, their children Amanda, Aidan, and Austin, as well as Jeff and Kris Tlapa and their four children over many years.

Funeral arrangements have been entrusted to Stauffer Funeral Home. In lieu of flowers, memorial contributions may be made to St. John the Baptist Orthodox Church, 11199 Angleberger Rd, Thurmont, MD 21788, or Frederick Health Hospice.

To order memorial trees or send flowers to the family in memory of Gilbert Kelbaugh, please visit our flower store.