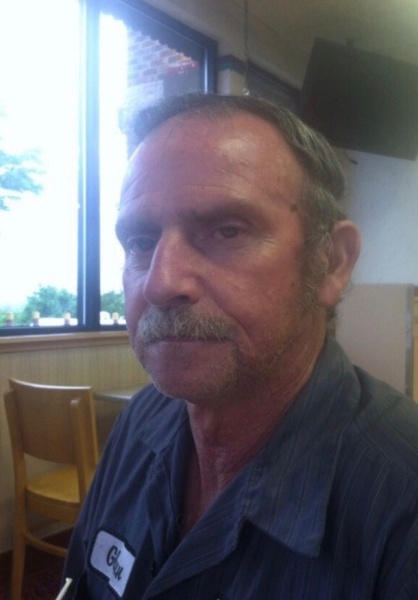 He graduated from Catoctin High School in 1973 and was working for Nick Fraley (Rocko Meats) in high school. He moved on to work at the Market Basket for many years and started working part time for Vernon Myers at Myers Service Station. When the business was sold to Dave Lawyer, Glenn stayed on and became a full time employee at Gateway Automotive as a mechanic tech until the awful disease took over and he could no longer work.

Glenn did not have any real hobbies, other than work. He went fishing in his younger days, enjoyed deer hunting and hunting mushrooms. He also enjoyed going shooting on Sunday mornings with his boss and friend Dave Lawyer. Glenn had a heart of gold and was willing to lend anyone a helping hand when and where ever he was if he was asked. If Glenn had one flaw in life, it was he didn't know how to say "no" to anyone even if it inconvenienced him. Glenn was never married or had any children but would have made a great husband and father.

The family would like to say thank you to Glenn's hospice nurse who took great care of him and kept the family informed over the last few days of his life. Thanks to Rosie and Gene for helping with Glenn's doctors appointments and pointing Mom in the right direction for medical help. And also for being there just to have someone to talk to. You're a great sister to Mom and a great aunt to Glenn. Thank you to Rick and Jill Hurley, Glenn's aunt and uncle. Rick for letting Glenn come up and let him continue to work on cars in his garage, even if it was just in Glenn's own mind. And Jill for accepting the weeds that he picked for her thinking they were flowers.

Also thanks to Dave and the crew at Gateway Automotive that looked after Glenn when the awful disease started taking a hold of him and letting him stay on until he couldn't do it any longer. But most of all, Glenn's brothers and sisters want to say thank you to our mother who never gave up on him and taking care of him until his dying days when she was holding his hand and kissed him goodbye as he left this world and went to heaven.

Glenn is preceded in death by his father, Glenn I. Cool and his little dog, Gizmo.

In addition to his mother, he is survived by his brothers, Joe and wife Ann, Ken and companion Sue, Tim and wife Diane, Tony and wife Sandra, Randy and wife Anita, and Scott; sisters, Brenda Dewees and husband Calvin, Cindy Cool and companion John, Tracy Stottlemyer and husband Ron, and Joyce Cool; and many aunts, uncles, nieces, nephews, and cousins.

The family will receive friends from 6 to 8 p.m. on Wednesday, December 29 at Stauffer Funeral Home, 104 E. Main Street, Thurmont. Funeral services will begin at 11 a.m. on Thursday, December 30 from the funeral home.

In lieu of flowers, donations may be made to the Alzheimer's Association.

To order memorial trees or send flowers to the family in memory of Glenn Cool, please visit our flower store.