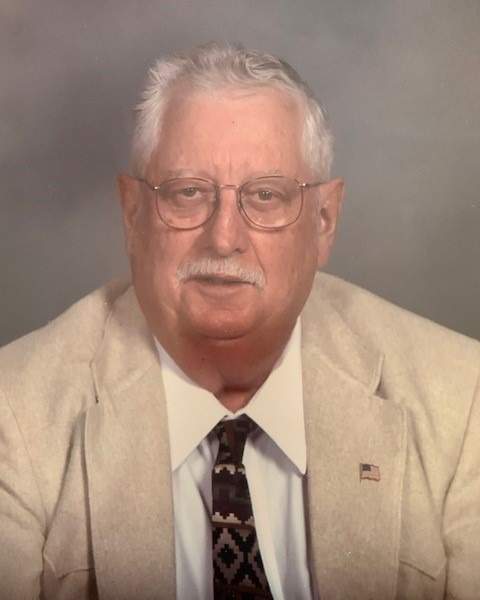 Harold Lighter Shank, 93, of Middletown, Maryland, passed from this life on Saturday, November 5, 2022 at The Village at Rockville, Rockville, MD.  He was the husband of the late Ella Shank, who passed away in 2015.  Born on March 18, 1929, in Keedysville, MD, he was the son of Walter Shank and Mary (Lighter) Shank.
Following his graduation from high school, Mr. Shank entered the United States Air Force.  He then entered the Air National Guard, where he met his wife, Ella.  They were married on November 9, 1958.
Harold was a member of the American Veterans (AMVETS) Middletown, MD, and the American Legion, Post 86 in Rockville MD.  He grew up on his family's farm on Antietam Battlefield in Sharpsburg, MD which was originally used as a hospital in the Civil War.  Mr. Shank was a great historian, he loved his country, hunting, and the outdoors.
He is survived by daughter, Donna Germuga and husband John as well as Carol Miller and husband John; Grandchildren: Jaclyn Marchigiani, Delani Marchigiani, Shea Germuga, Curtis Miller and wife Mary, Stacy Shifflet and husband Ryan, Tammy Shytle and husband Justin; great-grandsons: Mason Shytle, Jax and Luke Miller.  He was expecting his first great-granddaughter, Willow Shifflet.
In lieu of flowers, memorial contributions are suggested to Operation Homefront at www.operationhomefront.org.
A private burial service with family will be held on Saturday, November 19, 2022 at the Boonsboro Cemetery in Boonsboro,  MD followed by a Celebration of Life for family and friends to drop by from 1-4pm. Please email his daughter Donna at celebratehalslife22@gmail.com for details.

To order memorial trees or send flowers to the family in memory of Harold L. Shank, please visit our flower store.