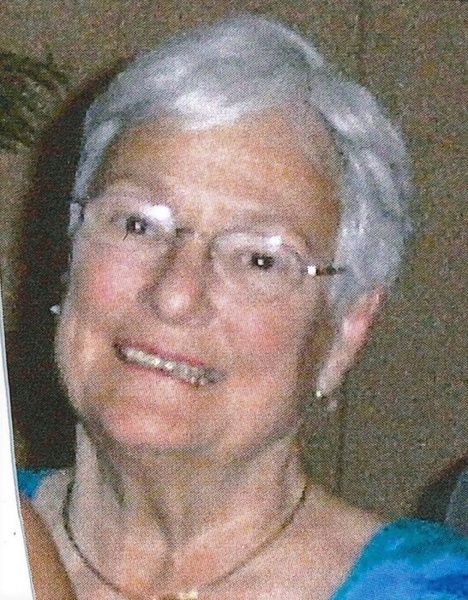 Ms. Harriet Franks Litras , 91, of Frederick, Maryland, passed from this life on Tuesday, October 12, 2021 at Frederick Health Hospital in Frederick, MD. She was born June 7, 1930 to the late Charles and Louise Franks.

In addition to her parents, she was predeceased by her husband Tom, sister Sally, and by a great-granddaughter.

Ms. Litras attended the University of Wisconsin at Madison. Married in 1951, she and her husband Tom, an employee of U.S. Steel, lived in six different states before moving to Frederick, MD. Both Tom and Harriet were avid auction attendees and had booths in Frederick antique malls in which Tom sold toy soldiers and Harriet sold antique children’s books.

A lifelong Episcopalian, she was active in the Church throughout her life. Before moving to Frederick in 1987, MS. Litras was a member of the League of Woman Voters and served on the LWV State Board in Texas. She was a Senior Warden of St. Alban's Episcopal Church while living in Murrysville, PA. She was also active in the American Field Service as an interviewer of students who wanted to study overseas.

Since moving to Frederick at her husband’s retirement, Harriet has been active at All Saints’ Episcopal Church as a member and Past President of St. Mary's Chapter, member and Chair of the Flower Guild and Lay Eucharistic Visitor.  Harriet was a devoted bibliophile and Co-Chaired the annual All Saints’ Book Sale for 15 years.

Ms. Litras was also a member of the Frederick County Landmark's Foundation and served on its board. She also was a volunteer at the Historical Society, at the Select Seconds thrift shop and was a Patient Representative at Frederick Memorial Hospital.

A memorial service will be held at All Saints’ on Monday, November 15, 2021 at 10:00 am. In lieu of flowers the family requests that any memorials be made in Harriet's name to either St. Mary's Chapter or the Vestry Restricted Endowment of All Saints’ Episcopal Church 106 West Church Street, Frederick, MD.

To order memorial trees or send flowers to the family in memory of Harriet Litras, please visit our flower store.