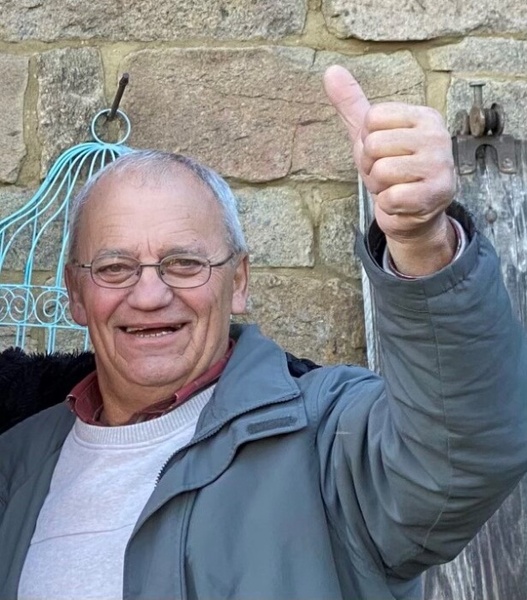 Harry Howard Haslam, 73, of Frederick, Maryland passed away Monday, Dec. 13, 2021, at the Washington DC VA Medical Center after a long, courageous battle with heart disease. He is survived by his loving wife, Mary, of 51 years.
Harry was born on Jan. 2, 1948, in Franklin, ME to the late Carlton and Caroline Haslam. He always enjoyed returning to Maine to visit. Some of his favorite places were Lamoine Beach, Ellsworth, and Bar Harbor.
Harry was a proud U.S. Army Veteran who served his country in Vietnam from 1968-1969 with the 1st Cav. He was the recipient of numerous service-related awards in recognition of the sacrifice he made for his country.
Harry was the owner of Harry H. Haslam Construction in Frederick for many years. He enjoyed bowling and spending time with his family, as well as restoring and showing street rods. Harry was a long-time member of the Catoctin Mountain Street Rod Association.
In addition to his wife, Harry is survived by his four children; Karen (Robert), Kristen (Larry), Craig (Kristen), Kelly (Lamonte Sr.); twelve grandchildren; Bruce (Amanda), Courtney (Zachary), Elijah, Lindsey, Amber, Makayla, Lamonte Jr., Aubree, Craig Jr., Zacharry, Adelyn, and Nolan; one great-granddaughter; Sophia; one sister Carole (Ryan); and two brothers Richard (Joan), and Ken; as well as numerous sisters-in-law, brothers-in-law, nieces, nephews, cousins and numerous friends.
The family will hold visitation on Monday, Dec. 20, 2021, from 10-11 a.m. followed by a service at 11 a.m. at Stauffer Funeral Home, 1621 Opossumtown Pike, Frederick, MD.
The family requests in lieu of flowers, those who wish to express sympathy consider making a donation to the Fisher House Foundation for Veterans. https://connect.fisherhouse.org/index.cfm?fuseaction=donate.event&eventID=1
Expressions of sympathy may be offered to the family at StaufferFuneralHome.com.

To order memorial trees or send flowers to the family in memory of Harry Haslam, please visit our flower store.