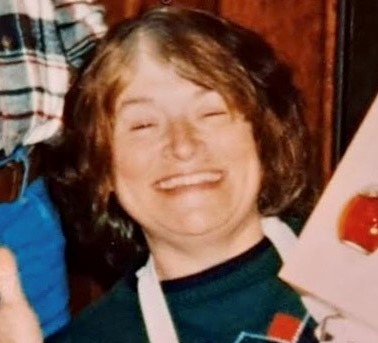 Hazel Colosimo Reid of Frederick, Maryland passed away peacefully on April 29, 2021 after celebrating her 71st birthday. Hazel was born on April 29, 1950 as the only child to Frances Richey Colosimo and John Vincent Roxbury Colosimo. She grew up in Arlington, Virginia and graduated from Washington Lee High School. She went on to graduate with a degree in Journalism from the University of Kentucky in 1973. That same year Hazel was awarded the prestigious commission of Kentucky Colonel, which is the highest honor bestowed by the Commonwealth of Kentucky.

In 1979 she met Thomas Reid and the two were inseparable from that point on. They were married in Washington, DC in October 1980. Hazel and Tom were happily married for 24 years and had three amazing daughters. To everyone’s sorrow, Tom passed away in 2005. Hazel spent her final years enjoying life with her best friend Howard Rubin of Germantown, Maryland.

Hazel was also predeceased by her parents and her mother’s sister Guida Richey Nixon of New York City.

Hazel was a fiercely dedicated mother to all her children, raising them to go on to accomplish great things. She always maintained an optimistic outlook on life and constantly reminded her family and friends to "never grow up." She instilled a love for humor, entrepreneurship, and popular culture in those who knew her. While her absence is a great loss to her family, her legacy will live on.

Following her wishes, Hazel’s daughters will spread her ashes. In lieu of services, her family will host a Celebration of Life in the Fall. In lieu of flowers, donations can be made in her name to the Literacy Council of Frederick County, Maryland. The love for reading was one the greatest gifts she gave her daughters.

Arrangements are by Stauffer Funeral Home Funeral Home and Stauffer Crematory, Frederick. Expressions of sympathy may be shared at staufferfuneralhome.com

To order memorial trees or send flowers to the family in memory of Hazel Reid, please visit our flower store.