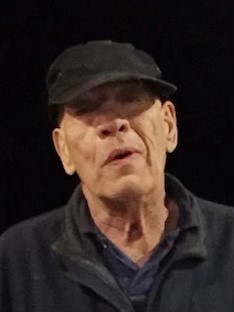 Born on February 3, 1945, in Richmond, Virginia he was the son of the late Henry Lewis Carter Sr. and Margaret (Baker) Carter. Following his high school graduation, Henry joined the United States Navy serving 4 years of active duty where he completed numerous training programs and obtained several accommodations. He continued his services within the Naval Reserves for several years following. He worked as a Safety Officer for many years working and advising at numerous power plants nationwide.

He is survived by his siblings, James Edward Carter and wife Nancy of Cordova, Maryland, Nancy L. Remsburg of Frederick, Maryland, Patricia F. Shrader and husband Harold of Jasper, Alabama, and Jacqueline Ray, with whom he resided with in Boonsboro. He is also survived by numerous nieces, nephews, and extended family.

In accordance with his wishes, he was cremated.  A celebration of life service take place on August 14, 2022 from 2-5pm at Shafer Park in Boonsboro.

Henry was proud of his military service and service to his country, memorial donations would be encouraged to the Tunnels to Towers Foundation www.t2t.org or to a charity of one’s choice.

Arrangements have been entrusted to Bast-Stauffer Funeral Home, Boonsboro, Maryland.

Memories and expressions of sympathy may be shared at www.staufferfuneralhome.com

To order memorial trees or send flowers to the family in memory of Henry Lewis Carter Jr., please visit our flower store.