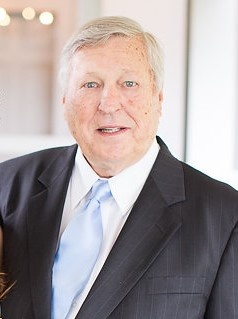 Jack E. Dixon , 89, of Mount Airy, Maryland, passed from this life on Wednesday, September 29, 2021 at Country Meadows in Frederick, MD.
Born on March 4, 1932, in Chicago, IL, he was the son of George A. Dixon and Violet (Dubner) Dixon.
After high school, Jack served in the U.S. Navy during the Korean Conflict. On leaving the Navy he began working at the National Security Agency and remained there for his entire working life.
Jack settled down to raise a family along with his devoted wife, Eileen. He enjoyed farming in Carroll County for many years. Later in life, Jack and his wife enjoyed traveling and participating in family outings and activities.
Jack loved to watch baseball, his favorite team was the Orioles. He loved to cook and fish, and enjoyed working with his hands to make home renovations.
Jack was predeceased by his loving wife of sixty years, Eileen Patricia Nee' Smith whom he met and married in Dublin, Ireland.
He is survived by his daughter Kathleen, and son-in-law Edwin Otto of Leesburg, Virginia, daughter Helen Cherveny of Inverness, Florida son George Dixon of Frederick, Maryland, and daughter Patricia, and son-in-law John Castle, of Mt. Airy, Maryland; grandchildren Luke Cherveny, Megan Danz, Eve Ragins, Shannon Goeckner, Kevin Otto, Robert Castle, and Daniel Castle. Great-grandchildren Magdalene and Anne Danz; His younger sister Joan Kappler of Evansville, Indiana, and his wife's extended family in Dublin Ireland

In Lieu of flowers the family asks donations be made to Frederick Health Hospice https://www.frederickhealthhospice.org/Donate-Support.aspx

To order memorial trees or send flowers to the family in memory of Jack Dixon, please visit our flower store.