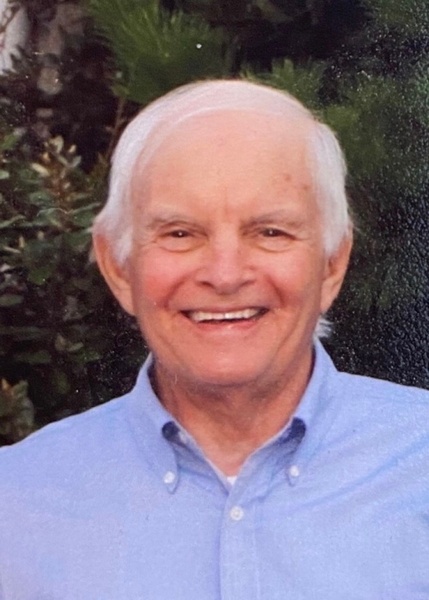 Born on March 15, 1936, in Charleston, WV, he grew up in St. Albans, WV, attending school there as a child before spending four years at the Greenbrier Military School in Lewisburg, WV.  He graduated from Greenbrier in 1954, and went on to Duke University.  Inspired by his Uncle Jerry, who was a biochemist, he studied chemistry and graduated with a Bachelor of Science degree in 1958.  After graduating from Duke, he returned to West Virginia where he worked briefly as a chemist for Union Carbide.  Deciding working with chemicals was not for him, he relocated to Washington, DC in 1961 to begin what would be a long and successful career as a marketing executive with GEICO in Chevy Chase, MD.  There he was able to leverage his skills as a wordsmith and avid reader.  He met his wife Catherine at a Bridge game soon after moving to Washington, DC, and they were married in Betheny, PA, on June 11, 1966.  They would remain happily married for fifty-five years.

He very much enjoyed spending time with his daughter and four sons and their families.   He loved nothing more than to visit with or hear about the accomplishments of his twelve grandchildren.  He will be deeply missed by all of them.  He had many interests that he was passionate about and was delighted to share with others.  He enjoyed birding, hiking the Appalachian Trail or just about any trail, playing with his dogs he loved dearly, watching classic movies, Austin City Limits, his favorite murder mysteries, or a Duke basketball game were some of those passions.  He welcomed others to engage in these activities with him and would always impart knowledge to those who were fortunate enough to have accepted his invitations to participate.

To order memorial trees or send flowers to the family in memory of James McCormick, please visit our flower store.