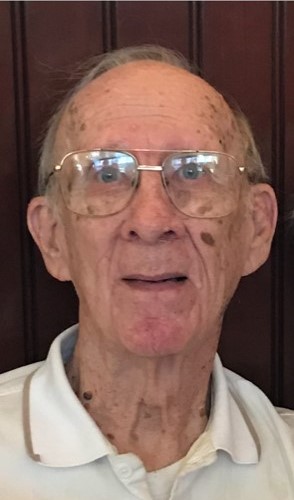 James Louis Payne, 90, of Thurmont and formerly of Washington DC, passed away on May 11, 2021 at St. Joseph’s Ministries. He was the husband of Christina L. Payne for nearly 71 years.

Born on February 22, 1931 in Washington DC, he was the son of the late James Harry Payne and Agnes Emily Morat. James graduated from Eastern High School in Washington DC. He went to work for the United States Government Printing Office retiring after 34 years in 1990. James was a member of the Greenbelt American Legion and was a longtime Member of St. Joseph’s Catholic Church in Beltsville. He enjoyed bowling and was an avid Redskins fan.

He was preceded in death by one daughter, Agnes Hoffman and two brothers, Robert Payne and Paul Payne.

A Mass of Christian Burial will be held on Thursday, May 20, 2021 at 11am at St. Joseph’s Catholic Church, 11007 Montgomery Road, Beltsville, MD. Friends will be received from 10-11am at the church. Father Blake Evans will celebrate. Interment will follow in Mount Olivet Cemetery in Washington DC.

Memorial donations may be made to Franciscan Monastery of the Holy Land www.myfranciscan.org or to St. Josephs place http://www.stjosephsministries.org/about/donation

To order memorial trees or send flowers to the family in memory of James Payne, please visit our flower store.