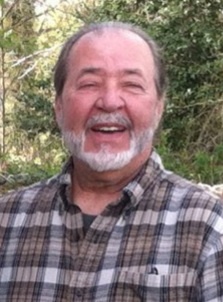 James Martin Phillips, 73 of Walkersville, Maryland passed away unexpectedly on November 19, 2021. He was husband of the late Patricia Ann Phillips.

James was raised by his late parents, William and Bennie Phillips. He graduated DuVal High School in 1967 then he was drafted into the United States Army to serve his country during Vietnam. Following his honorable military service, he worked 10 years with Giant Foods before opening his own flower shop in Tacoma Park. He eventually work as an Maintenance Engineer for NIH from where he retired.

He enjoyed creating stained glass, working outdoors tending to his garden and wood working. He loved to go motorcycling with his brothers and his friends and loved travelling down to Georgia to visit his sister Denise. He loved spending time with his family and enjoyed being the family prankster. He was a man that would help anyone and do it joyfully.

Services at this time will be private.

Memorial donations may be made to St. Jude’s Children’s Hospital or to a local animal charity of ones choice.

To order memorial trees or send flowers to the family in memory of James Phillips, please visit our flower store.