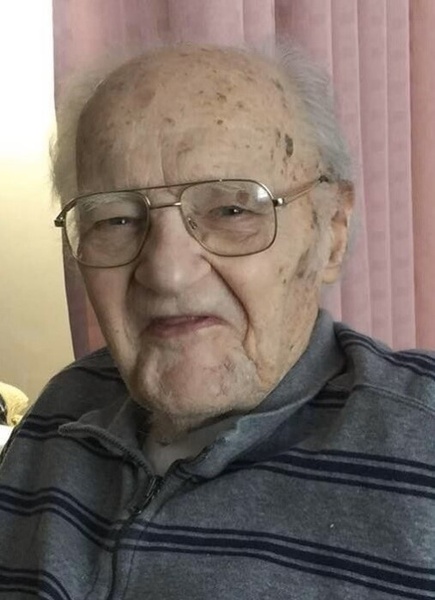 The family of James Warren Rhodes, 96, of Frederick, MD, are saddened to announce his passing on March 6th at Autumn Lake-Glade Valley Nursing Center.
Born in Scranton, PA on January 8, 1926, he was the son of the late Clark and Beatrice Hughes Rhodes; and husband to the late Irene Crouse Rhodes.
Jim was a WWII veteran having served in the US Navy from 1943-1946.  Upon his graduation from Nyack Missionary College in 1949, he entered the ministry with Christian & Ministry Alliances serving 7 churches in the MD-PA region. Later in life, he also worked under contract with the US Postal Service until his retirement in 1993.
Anyone who knew Jim was touched by his kindness, humor, and mild temperament. He was truly a peacemaker and a source of faith and positivity.
Surviving Jim are his son David G Rhodes; daughter Judy Tencza & husband Mike; stepson Timothy Crouse & wife Melody; stepdaughters Melodye Mitchell & partner Merrill Worsham, Carol Rigler & husband Carl; sister-in-law Kay Rhodes; and daughter-in-law Mary Rhodes. Also surviving are 18 grandchildren and 22 great-grandchildren.
He was preceded in death by his former wife Esther Rhodes; sister Miriam Harris & husband Sidney; brother George Rhodes; son James Rhodes Jr; and stepdaughter Delores Routzahn.
Arrangements are being handled by Stauffer Funeral Homes located at 40 Fulton Ave Walkersville MD.  Visitation will be held Friday, March 11, 2022 from 6-8pm. Services will be held Saturday, March 12, 2022 at 11am in the Stauffer Chapel in the Walkersville funeral home.  Graveside services will be private.

To order memorial trees or send flowers to the family in memory of James Rhodes, please visit our flower store.