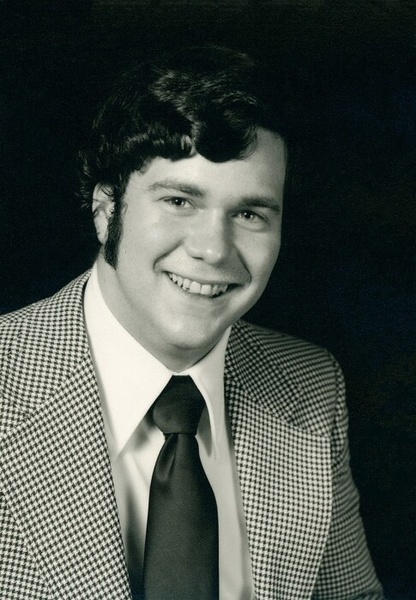 James Conley Shea, 62, of New Market, Maryland, passed from this life on Saturday, December 25, 2021 at  his residence.

He was the beloved husband of the late Geraldine Shea, his wife of 24 years.

Jim attended The University of the District of Columbia, Washington, D.C., A.A. Electronics Engineering Technology 1981; National Dean's List-1981 and Tau Alpha Pi Honor Society-1980.  He was also a member of the International Brotherhood of Electrical Workers.

Jim’s first job was while he was in high school.  He worked part-time at St. Patrick’s Academy at 10th & G Streets in Washington, D.C.  The Principle of the Academy was Sister Marie Julie (aka, his Aunt Helen).  Jim's first supervisor was William P. Harris.  During his work tenure at St. Patrick’s Academy, Jim learned many skills about how to keep a school building operational. This is the job that helped establish his work ethics which lead to him having a successful career in electronics.
While Jim was at the University of the District of Columbia, he completed a Work-Study program at the Department of Commerce, NOAA from 1979 - 1982.   There Jim worked with a task team of engineers and technicians to evaluate data acquired on ship navigation systems.


Jim’s first job after college was with Unisys Radiation Facility, GSFC in Greenbelt, Maryland.  Jim worked for Unisys from 1983 - 1991 as an Electronics Technician.  He worked with a team of scientists and engineers to simulate the radiation damage done to electronic components in space.  His duties required the operation of two Co-60 gamma-ray sources and a Rf-driven 2MeV Van de Graff generator.  He diagnosed troubles and repaired electronic systems to the component level and replaced the necessary devices.


Jim left Unisys in 1991 and went to Angstrohm Precision, Dale Electronics in Hagerstown, Maryland, for a year.  At Angstrohm, Jim was an Industrial Electrician and was responsible for repair and maintenance of industrial ovens, welders, oscilloscopes, Rf-driven laser trim spiraling systems.  He troubleshooted issues in new and existing electrical circuits, equipment and production machinery.


In 1992, Jim left Amgstrohm Precision, and was hired by Quebecor Printing, in Martinsburg, West Virginia.  Jim was with Quebecor Printing from 1992 - 1997 and he was an Industrial Electrician.  At Quebecor Printing, Jim was responsible for troubleshooting, maintenance and repair of Hantcho continuous web printing presses, casemaking and bookbinding equipment.


In 1997, Jim jointed the team at the Washington Post in Springfield, Virginia.  This was one of his favorite jobs.  At the Washington Post, Jim was an Industrial Electrician, Journeyman and he repaired Rockwell Goss and Mitsubishi web newspaper printing presses.  He also repaired Crown, Hyster and Caterpiller electric fork trucks, as well as, repaired frequency modulated drives, programmable logic controllers and other microprocessor-based systems.  Jim stayed at the Washington Post until 2002.


In 2002, Jim joined the staff at the U.S. Government Printing Office (GPO) in Washington, D.C.  At the GPO, Jim was hired as an Industrial Electrician, Journeyman.  His primary responsibilities included diagnosing, troubleshooting, and repair of  indery equipment used in the e-passport section.  Other responsibilities required troubleshooting and repairing of Hantcho web printing presses, Harris bindery lines, Rima stackers and Stahl casing in-line machines, as well as, Diamond and AB-Dick presses.


In 2017, Jim retired so that he could care for his ill wife full-time.


Jim was a very personable person and spent many hours helping others.  He was a regular donor at the Blood Bank.  Many neighbors in his community reached out to Jim when it looked like he needed help with many different things.  His neighbors followed up with him when he was in the hospital, they offered to walk his dogs, they notified his family when they were concerned about him and they brought him food during the difficult times.  Jim was known in his community as a kind person and he could often be found taking cookies and treats to those that were kind to him.  Many were saddened to hear that Jim had passed.

Memorial Donations may be made in his name to the  American Cancer Society.


The Shea family would like to say a special “Thank You” to all of Jim’s neighbors, his friends, his community, his doctors, social workers, and nurses who worked tirelessly toward letting Jim remain as independent as possible throughout his illness and as he wished to be.  His unrelenting motivation and spirit carried him through many of the dark days and hours of his illness.  He fought until God took him home.

To order memorial trees or send flowers to the family in memory of James Shea, please visit our flower store.