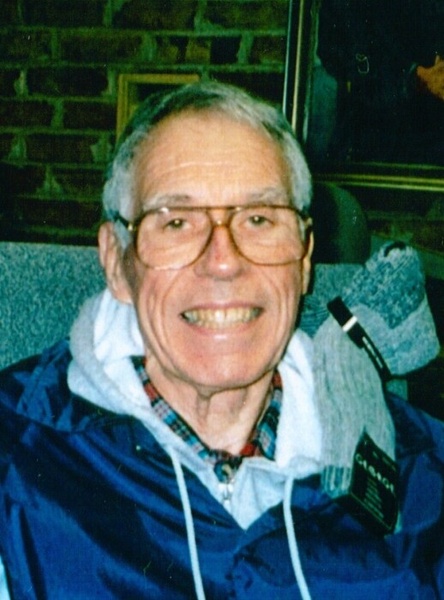 Born on August 17, 1934, he was the son of James Teamon Weaver, Sr and Mary Sue (Wood).  He grew up on the family farm in Martinsville, Virginia, and he helped his father with milking cows and delivering eggs to customers in the community.

JT went to Lynchburg College and received his Bachelor of Science degree in 1956.  After graduating, he moved to Washington, D.C. to work for the National Bureau of Standards.  His career as a radiation physicist spanned 42 years at NBS (later the National Institute of Standards and Technology—NIST).  His research on radiation standards contributed to significant medical advances, including the precision calibration of instruments used in brachytherapy for cancer treatments.  At his retirement in 1998, he was described by a fellow colleague as the last of the self-taught computer programmers, as the next generation had access to computer specialization as part of their college training.  The work he and his colleagues began laid the foundation for future generations of NIST physicists and future medical advances.

While in Washington, D.C., he met his future wife Joanne Turner Weaver at the Young Adults group at Sixth Presbyterian Church.  They married on August 20, 1960.  Shortly thereafter, NBS moved its headquarters to the suburbs (Gaithersburg, MD), so JT and Joanne moved to their new home in 1961 in nearby Woodfield, MD (just south of Damascus).

JT and Joanne lived in the Woodfield house for 53 years.  Their four children grew up in that home and neighborhood, and they have many fond memories of that time.  Vacations each summer to Martinsville, VA were special times to connect with the extended family.  In April 2015, they moved to a home in the Wildwood senior living community in Mt. Airy, MD.  In 2018, JT moved two blocks away to Lorien Assisted Living, and except for covid pandemic restrictions in 2020 and 2021, Joanne spent the days with JT at Lorien.  Their love for each other was so apparent to all who interacted with them.

A patient, thoughtful, and mild-mannered gentleman, JT was unselfish with his time in helping others.  He continually looked out for the welfare of others, starting with his family and extending to all around him.  Meticulously honest, he always wanted to make sure people were treated fairly, and he was quick to correct any errors in his favor.  For example, if another person accidentally gave him too much change, he would promptly return it.  He served as the Superintendent of Sunday School at their church home of many years, Berea Bible Church.

A celebration of JT’s life journey will take place at 10:30 AM on Wednesday, March 9, 2022, at Stauffer Funeral Homes, 8 East Ridgeville Blvd in Mt. Airy, MD.  Andrew Weaver will officiate.  Interment will be at Crestlawn Memorial Gardens in Marriottsville, MD.

Expressions of sympathy may be offered to the family at StaufferFuneralHomes.com.

To order memorial trees or send flowers to the family in memory of James (JT) Weaver, please visit our flower store.