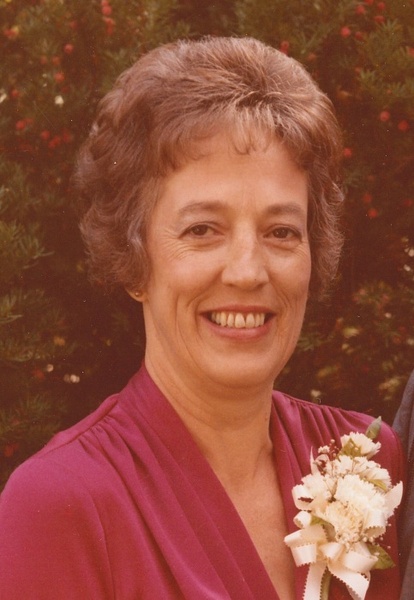 Visitation will be 6 p.m. to 8 p.m. Monday June 20 at Stauffer Funeral Home, at 1100 North Maple Avenue, Brunswick, MD 21716. Funeral services will be at 11 a.m. Tuesday June 21 at the funeral home, followed by burial in St. Mary’s Cemetery in Petersville, MD.

Jane Marie Beals and her twin sister, Jean Pauline Beals, were born to Roy E. and Lelia (Taylor) Beals on October 19, 1931, in a farmhouse in Preston County, WV.  Jane was the fourth of five daughters and grew up in Coal Run, PA. Jane graduated from Salisbury High School, Salisbury, PA, in 1949.

As a teenager Jane worked briefly as a seamstress at Salisbury Garment Factory. After her older sister, Shirley, got a job with the FBI in Washington, DC, Jane and her twin sister Jean followed. Jane worked as a “runner,” delivering messages throughout the building. She met a young man, Bill Boddicker, in the mail room—and married him on July 5, 1952, at St. Michael’s Catholic Church in West Salisbury, PA.

They resided in Hyattsville, MD, briefly and then moved to Wheaton, MD, and later to Gaithersburg, MD. Bill became a State Farm Insurance agent and Jane worked as a homemaker. They were members of St. Mary’s Catholic Church in Petersville, MD. Through Bill’s job at State Farm, they were able to travel throughout the United States, Canada, Mexico and Europe, as well as to the Caribbean and North Africa. After Bill’s retirement, they bought property in Washington County, MD, where they built their retirement home and established what became known as the family Compound, including three other homes that became residences for their two sons and their daughter.

Jane volunteered at St. Martin of Tours School, Gaithersburg, MD, while her children attended. She loved to entertain, tell jokes, and play cards. She liked crossword puzzles and gardening. But the biggest joy in her life was her family, immediate and extended. Often family members would live with Bill and Jane for a time while getting established.

Surviving are her sons, Frank Boddicker and Michael Boddicker, and her daughter, Pamela (and Kenneth) Ebmeier, all of Knoxville, MD; grandchildren, Matt (and Lisa) Boddicker, Brad (and Kate) Boddicker, Chelsea (and Fred) Rohner, and Kari Ebmeier; and eight great-grandsons; and sisters, Shirley Panther and Jean Kiester. She was preceded in death by her husband, William Boddicker, in February 2012; and sisters Iona Mimna and Louise Beals.

To order memorial trees or send flowers to the family in memory of Jane Boddicker, please visit our flower store.