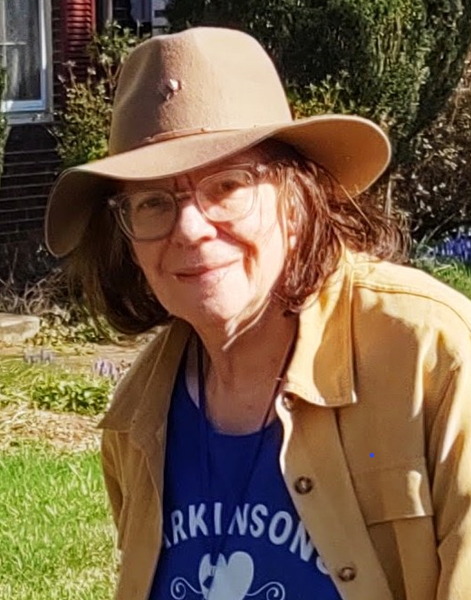 Born on October 19, 1954, in Washington D.C., she was the daughter of the late Ralph Owen Parmele and Dorothy Louise (Ashby) Parmele.

She grew up in the Maryland suburbs, graduating from Wheaton High School in 1972.  That same year she married her high school sweetheart, Stephen C. Silvious. They were married 49 years. During her high school years she was a member of the marching band and the American Field Service Club.  After graduating she worked as assistant manager of the accounting department at the Potomac Valley Bank.  She was a Disaster Relief Volunteer.  She also enjoyed playing English handbells, duckpin bowling, playing cards and games, making crafts and watching the Frederick Keys.  She also had an extensive elephant collection.  She was an active member of the Friends in Frederick Parksinson's Disease Support Group, editing the newsletter before becoming co-leader about 10 years ago.  She is also one of founding members of the Four State Alliance for Parkinson's Support.

In addition to her husband, Steve, she is survived by her children, Calvin and Elaine Silvious; sister, Judith Sayre and husband, Robert; brother, Skip Parmele; cousins, Lynne Parmele, Crystal Musikar and husband, Henry and Owen Parmele and wife, Trish.  She is also survived by nieces, nephews and special friend, Juanita Compton.

A celebration of Janet's life journey will take place at 11:00 am on Tuesday, October 19, 2021, at Stauffer Funeral Home, Mount Airy, MD.  Rev. Dr. Michael R. McQuaid of Living Grace Lutheran Church will officiate.  Interment will be at Parklawn Memorial Park in  Rockville, MD.

Memorial donations may be made in her name to Friends in Frederick Parkinson's Disease Support Group, P.O. Box 213 Walkersville, MD 21793.

To order memorial trees or send flowers to the family in memory of Janet Silvious, please visit our flower store.