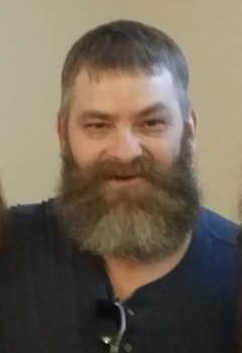 Jeffrey Thomas Calvert, 55, of Frederick, passed from this life on Wednesday, January 26, 2022 at Frederick Health Hospital. He was the husband of Cathee Smith Calvert, his wife of 24 years
Born on March 14, 1966, in Las Vegas, NV, he was the son of the late Carlton and Karen Cayce Calvert.
He drove a trash truck for the City of Frederick. Jeff enjoyed to hunt and fish as well as spending time with his family and friends. He also bowled at Terrace Lanes in the Wednesday Night Men's (Valley) League for many years where he was known as "Blu Calvert"
Surviving in addition to his wife are three brothers: Dustin Calvert and Amber, Bradley Calvert and Cayce Calvert; a sister Shannon Calvert; nieces and nephews: Zander Calvert, Katie Roberts, Drew Smith, Shelby Smith, Ashley Calvert and Alexys Howertown.
The family will receive friends from 1-2 PM on Saturday, February 5, at Stauffer Funeral Home, 1621 Opossumtown Pike, Frederick. Services will begin at 2 p.m. Interment will take place in Fairmount Cemetery, Libertytown at a later date.
To order memorial trees or send flowers to the family in memory of Jeffrey Calvert, please visit our flower store.