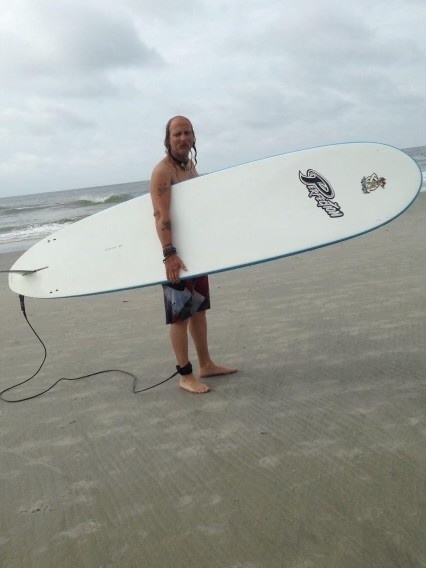 Jeffrey Ray Kilby, 49, passed away October 19, 2021 at Gettysburg Hospital.
Born March 4, 1972 in Takoma Park, Maryland he was the son of Robert and Elaine Kilby, formerly of Libertytown.

He graduated from Linganore High School in 1990 and was employed with the Town of Thurmont for 28 years.   He was previously a member of Libertytown Volunteer Fire Department and was a Life Member of Guardian Hose Company in Thurmont.

Later in life, his passion became surfing, and he planned on living it out everyday upon his expected retirement in two years.

In addition to his parents Robert Kilby and Elaine Kilby, he is survived by 3 brothers: James Kilby (Valaria), Tony Kilby (Amanda), and Steven Kilby (Sandra). Also surviving are his daughter, Kendra Kilby, (Zachary Zebroski), son, Dustin Kilby, and son Cyrus Kilby, (Sydney Gray). Grandchildren Cayden Zebroski, Eliana Zebroski, Reagan Sites. Nieces and nephews: Stephanie Kilby, Dominic Kilby, and Camden Kilby. Jeff was looking forward to another grandbaby due in 2022. His grand babies were his happiness and they will always remember him.

Viewing is private for family only. There will be a memorial service Saturday, October 23rd at the Graceham Fire Hall from noon to 4pm.

To order memorial trees or send flowers to the family in memory of Jeffrey Kilby, please visit our flower store.