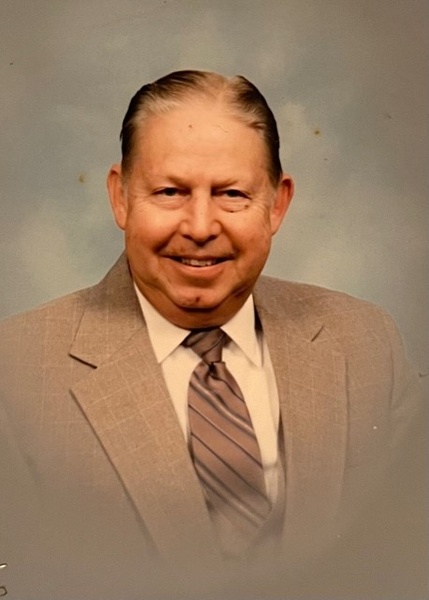 Born on January 21, 1928, in LaGrange, NC, he was the youngest son of Levi Harvey Wade and  Annie Williams Wade. Jesse left the tobacco fields of his home and came to the DC area where his sister, Estelle Markland was working. He secured a job at GEICO where he met his wife (Lou) and worked for 43 years. During his time at GEICO, he took a brief leave to serve his country in the U.S. Army for 2 years during the Korean War; he was stationed at Fort Meade.

Jesse worked hard to provide a better life for his family, working part-time for a decade  at Kiplinger’s in addition to his full-time job. He could fix and build anything.

He enjoyed fishing (especially with the Pond Hoppers), spending time with family, and spending time in Florida where they would spend winters after his retirement.

In addition to his wife, Jesse is survived by his children and their spouses, Jessica and Gib Warnick of Frederick; Judy and Wayne Harris of Monrovia, Dean and Christine Wade of New Market; Karen and Jerry Testerman of Saltville, VA; Bonnie and Dean Mattox of Madison Heights, VA; 11 grandchildren and 26 great grandchildren.

A celebration of life will be held at 1pm on Saturday, August 20, 2022, at Stauffers Funeral Home, 1621 Opossumtown Pike, Frederick, MD. The family will receive friends following the service at the funeral home.

Memorial contributions may be made to the Alzheimer’s Association, The American Cancer Society, or the American Heart Association.

To order memorial trees or send flowers to the family in memory of Jesse Wade, please visit our flower store.