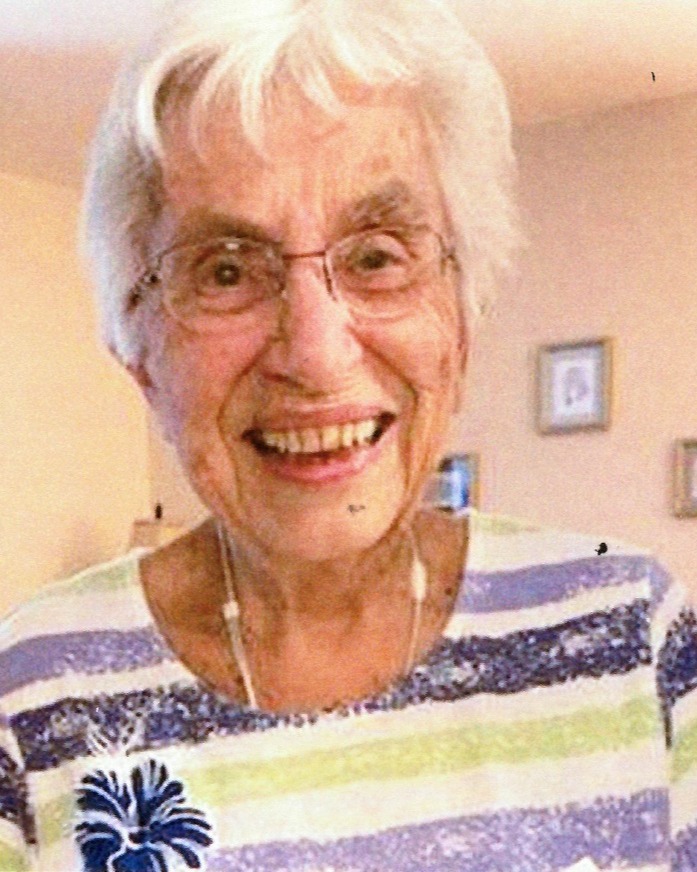 Joan Shirley Johansen, 89, of Frederick, Maryland, passed from this life on Thursday, December 15, 2022, at Frederick Health Hospital in Frederick, MD.  She was the beloved wife of the late William R. Johansen. Born on May 11, 1933, in Hartford, CT, she was the daughter of the late Herbert and Bessie (Rowland) Shirley.
She attended schools in Unionville and Farmington Conn. and graduated from Farmington High School, Class of 1951. She married her next-door neighbor and very best friend, William “Bill” Johansen.
Joan lived a full life. She was a devoted Army wife and raised four children. By the grace of God, she was an active and beloved member of New Hope OPC in Frederick. She loved volunteering at Carenet Crisis Pregnancy Center of Frederick. She was an inaugural volunteer as a NICU cuddler at Frederick Health Hospital. She was both her friends’ and grandchildren’s favorite lunch date.
She is survived by Kim Day and husband, Richard, of Hilton Head Island, S.C., Bill Johansen and wife, Johannah, of New Durham, N.H., Michael Johansen and wife, Patricia, of Boise, I.D., and Amy Valentine and husband, Steven, of Thurmont, M.D. She also leaves behind six grandchildren, eleven great grandchildren, and two great-great grandchildren. She is preceded in death by her husband William Johansen, her sister Jane Shirley, and her grandson Nicholas Johansen.
A celebration of Joan's life journey will take place on May 11, 2023, at New Hope Church.  Pastor Francis VanDelden will officiate.
Interment will be at Arlington National Cemetery in Arlington, VA at a later date.
In lieu of flowers, memorial donations may be made to New Hope OPC (5305-A Jefferson Pike, Frederick, MD, 21703).

To order memorial trees or send flowers to the family in memory of Joan Shirley Johansen, please visit our flower store.