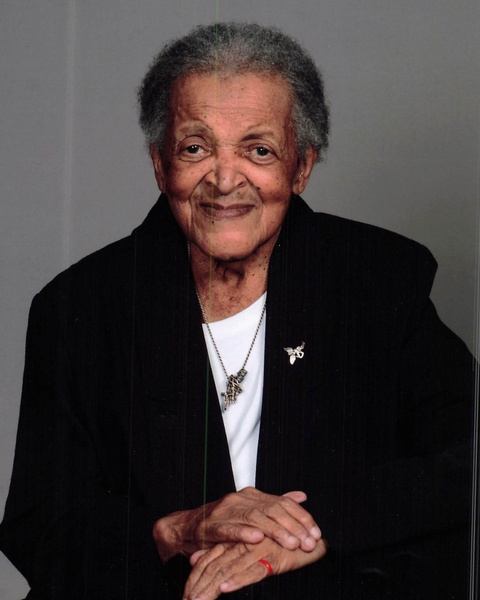 Joanie Jackson, 88, of Frederick, Maryland, passed from this life on Friday, September 16, 2022, at Frederick Health & Rehab in Frederick, MD

Born on November 8, 1933, she was the daughter of the late Grafton E. Jackson and Annabelle B (Nickens) Jackson.

Joanie graduated from the Maryland School for the Deaf in Baltimore, MD.

She worked in housekeeping and the food service industry most of her life.

She was a member of Frederick Church of the Brethren.

Joannie loved to bake and often made cakes for her family and friends. She never forgot anyone's birthday and always made sure they got a card.

In addition to her parents, She was preceded in death her twin sons Julius L Jackson & Julian L Jackson; brothers Charles E Jackson and Thomas R Jackson; and her sister Carol A. Towns.

A celebration of Joanie's life journey will take place at 11:00 am on Monday, September 26, 2022, at Frederick Church of the Brethren. Burial will be at Resthaven Memorial Gardens after services in Frederick, MD.

To order memorial trees or send flowers to the family in memory of Joanie Elizabeth Jackson, please visit our flower store.