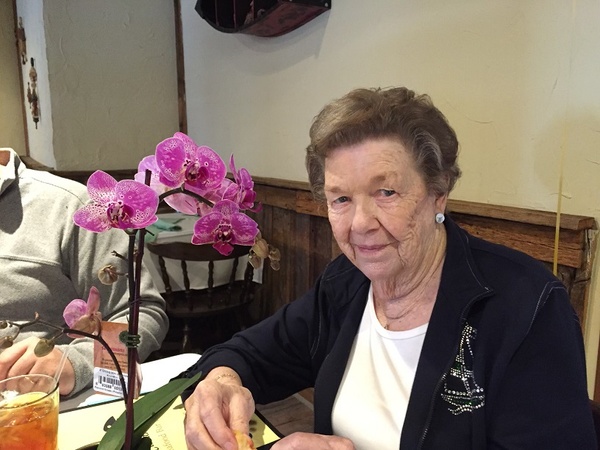 Jo Ann  Bennington , 95, of Frederick, Maryland, passed from this life on Thursday, July 29, 2021 at Homewood at Crumland Farms in Frederick, MD.

She was born on April 8, 1926, in Ashland, KY, she was the daughter of the late Ralph Bolen and Gladys (Cramer) Bolen.

Jo Ann was the loving wife of the late Robert Bennington.

During WWII she worked at the Temporary Adjutant Generals Office (TAGO) in Munitions in Washington DC and later worked in the Admissions Office at University of Maryland.

She was active in her community in PTA, swim team activities when the children were young.  As a empty nester, Jo Ann enjoyed working in a floral shop for many years.  She also volunteered for over 20 years at Select Seconds in Frederick, supporting Frederick Memorial Hospital Auxiliary. She was an avid golfer and bridge player and enjoyed family and friends vacations at the beach; and spent her quiet time creating beautiful counted cross-stitch artwork for herself, family and many friends.

In addition to her parents and husband, she is preceded in death by her brother, Ralph K. Bolen who was killed in action, Saipan 1944.

To order memorial trees or send flowers to the family in memory of Jo Ann Bennington, please visit our flower store.