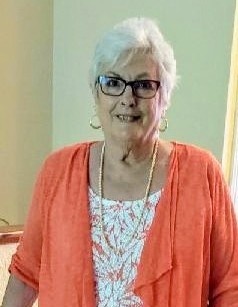 Joanne Mae Scarborough, 78, of Frederick, Maryland, passed from this life on Saturday, January 29, 2022.

Born on July 8, 1943, in Baltimore, Maryland, she was the daughter of  the late Joseph and Lola Killian (nee Senft).

After graduating from Patterson Park High School in Baltimore, MD in 1962, Joanne went on to secretarial college.

Joanne held various positions for over 25 years in administration at Howard Community College in Columbia, Maryland including serving as the President’s Office administrator.

Joanne was a devout Christian and parishioner at Middletown United Methodist Church in Middletown, Maryland.

Joanne and Jim were married for over 57 years. They were long time residents of Howard County before relocating to Frederick County and later splitting their time between home and Sarasota, Florida.

A celebration of Joanne's life journey will take place at 1:00 pm on Sunday, February 6, 2022, at Stauffer Funeral Homes, P.A. 1621 Opossumtown Pike in Frederick, MD 21702. The family will receive friends with a reception immediately following services.

Memorial donations in Joanne’s honor may be made to Middletown United Methodist Church, 7108 Fern Court, Middletown, MD 21769 or by visiting www.mtownumc.org .

To order memorial trees or send flowers to the family in memory of Joanne Scarborough, please visit our flower store.