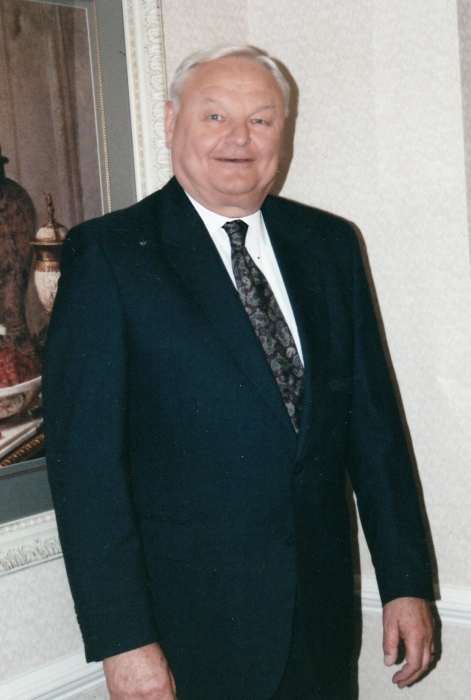 John Joseph “Jack” Demchalk PhD, 87, of Frederick, Maryland, passed away peacefully on January 1, 2022, with his family by his side at Frederick Health Hospital. He was the husband of 39 years to Mary Ellen Demchalk, whom he wed in 1982.

Born on August 15, 1934, in Wilkes-Barre, PA, he was the first child of Anna Mislan Demchalk and Adam George Demchalk. Jack grew up in Wilkes-Barre and upon his high school graduation he joined the United States Navy and served in the Submarine Force. Upon completion of his tour of duty, he went to Penn State University and earned his Bachelor of Science in Mining Engineering. After attending university, Jack worked at the International Nickel, Co. where he developed the patented the process of producing Inconel 14, the metal used to protect the outer shell of booster rockets during early space flight. He would proudly point out his work to relatives at the Smithsonian Air and Space Museum in Washington, DC.

Jack’s desire to learn continued throughout his life. He returned to Penn State University where he earned his PhD in Metallurgy. During his graduate work Jack uncovered inaccuracies with the curriculum; concurrently a scientist in Russia reached the same findings. Jack’s work and the work done in Russia, resulted in changes made throughout universities on how certain aspects of Chemistry are taught today. Shortly after receiving his doctorate, Jack went to work for the Pennsylvania State Government. After working at the state level for several years, Jack was offered a position in Washington, D.C. as the Chief Science Advisor for the Appalachian Regional Commission (ARC). In this role he oversaw the retrofitting of dams to produce hydroelectric power, which improved flood control throughout the Appalachian region.

Jack loved classical music, beautiful architecture, and art. He of course was a Penn State Football Fan! His greatest affection was for his family. In addition to his wife, he is survived by his stepdaughter Marty Pechauer, her husband Joel, and granddaughter Porter in Dallas, TX;  sister Nancy Krincek, Atlanta, GA; and numerous nieces and nephews whom he loved dearly.

In addition to his parents, he was preceded in death by his sisters, Shirley Talacka and Margie Stash and brother, Adam Demchalk.

In lieu of flowers, memorial contributions may be made to a veteran’s charity of your choice.

To order memorial trees or send flowers to the family in memory of John Demchalk, please visit our flower store.