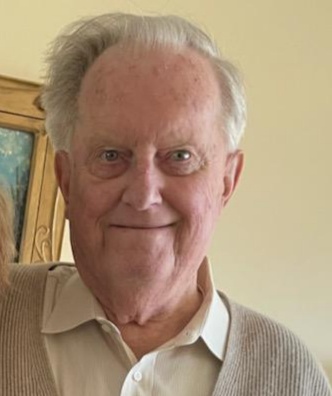 John Edward Moriarty, 87, of Monrovia, passed from this life on Saturday, November 6, 2021 at his home.  He was the husband of Marguerite Moriarty.  Born on September 23, 1934, in Taunton, MA, he was the son of John Edward Moriarty and Rose Margaret (McCaffrey).

Mr. Moriarty attended Boston University and Northeastern University.  He also served in the U.S. Air Force and was stationed in Washington, D.C., where he performed in the National Air Force Band as a percussionist.

John worked within the U.S. Federal Government, spending many years working for the Federal Energy Regulatory Commission, until his retirement in 2004.  He was the author of many books while at the Bureau of Standards, including "War Games".  In the 1970's, Mr. Moriarty was a very active member of St. Ignatius of Loyola Catholic Church, was on the parish council and on a council under Cardinal Borders.

In addition to his wife, he is survived by his children: Thomas Moriarty and David Moriarty and his wife Karen; 21 grand-children and 7 great-grandchildren.  He is also survived by his wife's children: Audrey Anne Sukacz and her husband Michael Wilkes, Joanna Peloquin and her husband Michael.  In addition to his parents, he was preceded in death by his first wife, Marie Moriarty, in 2013, two sons, John Moriarty and Stephen Moriarty as well as a daughter-in-law, Angie Moriarty.

The family will receive friends from 10:00 am to 11:00 am on Friday, November 12, 2021 at St. Ignatius of Loyola Catholic Church, 4103 Prices Distillery Road, Ijamsville.  A Mass of Christian Burial will be offered immediately following the visitation, Father Patrick Carrion officiating.  Interment will be at Mount Olivet Cemetery in  Frederick.

To order memorial trees or send flowers to the family in memory of John Moriarty, please visit our flower store.