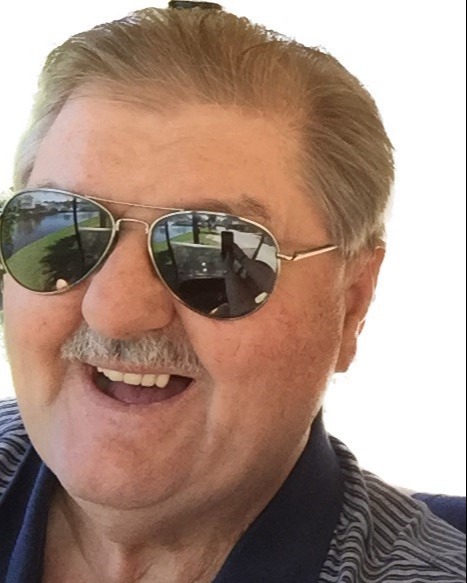 John Douglas Stewart, 77, passed from this life on Saturday, December 17, 2022 at his home in Frederick, Maryland.

He was a 1963 graduate of Brunswick High School, which was followed by a long, successful career in electronics. Doug designed PCBA circuit board assemblies for USA satellites, NASA Aircraft, US Military Defense systems and most recently, US Carrier telecom systems. In addition, he spent 16 years in the US ArmyActive Reserves.  Outside of his job, Doug loved to spend time with his friends at the Brunswick Eagles, Brunswick Legion and the Brunswick Moose Lodge. He would often spend his free time playing golf, softball, umpiring for little league, and being a die hard Washington Redskins fan.

Doug will be missed by everyone around him. He will especially be missed by his wife of 55 years, Kathy E. Stewart, son, James D. Stewart and wife, Sonja, daughter, Lisa D. Leidig and husband, Doug, son, Al J. Stewart and wife, Emily, and daughter Kelli R. Hebron and husband, Haroun. Doug was blessed with nine grandchildren and one great-grandchild who loved him dearly. Taylor Miller, Alexis Stewart, Owen Stewart, Noah Leidig, Paige Leidig, Kaleb Dillow, Rosalie Stewart, Sarah Stewart, Myles Hebron, and Mason Kokoski all looked up to him.

He was preceded in death by his sister, Donna Fleming.

A celebration of life gathering will be held from 2 to 5 p.m. on Saturday, February 25, 2023 at the American Legion Memorial Hall in Brunswick, Maryland.

In lieu of flowers, memorial donations may be made to the American Heart Association or Brunswick Little League.

To order memorial trees or send flowers to the family in memory of John Stewart, please visit our flower store.