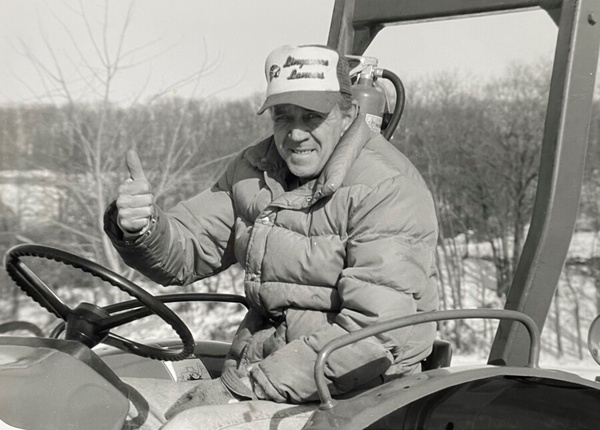 John Michael Tokar, 82, of Frederick, Maryland, passed from this life on Sunday,
December 12, 2021 at 6:55 p.m. in his home at Edenton Retirement Community.

Born on October 2, 1939 in Edwardsville, Pennsylvania, he was the son of John Andrew Tokar
and Hedwig Eleanor (Rutkowski) Tokar.

John was known by many of his friends as Jack. He graduated from Edwardsville High
School and served in the U.S. Army from 1960 to 1963, including a tour of duty in
Vietnam, and the U.S. Army Reserve for an additional three years. He was awarded the
Armed Forces Expeditionary Medal, a Good Conduct Medal, and recognition as an
Expert Rifleman.

He worked as a cartographer for the Defense Mapping Agency in Washington, D.C. from
1961 until his retirement in 1994.

Jack was a man of many abilities, most of them self-taught. He could fix anything from
cars to washing machines. His home and the homes of his children are filled with
grandfather clocks, cabinets, and other furniture that he built, usually from a picture. He
taught himself taxidermy and ran a small home-based business mounting fish, deer,
ducks, and other animals for several years. In his retirement, he took up fly-tying in his
never-ending quest to catch the next fish.

In spite of all those talents, Jack was a simple man who loved his country, fishing,
country music, and his Schaefer and Keystone Light beer. He was infamous for reminding
us what was important: “Baseball, apple pie, Chevrolet, and don’t you forget it, kid.” He
may not have invented the “thumbs up,” but he made it his trademark. He was Santa
Claus to all the neighborhood kids and most especially to his children.

An informal Celebration of Life will take place at St. Peter the Apostle Catholic Church in
Libertytown, Maryland on January 9, 2022 from 1:00 p.m. to 4:00 p.m. His interment
ceremony will be at Arlington National Cemetery in late 2022.

Memorial donations may be made to the Gary Sinise Foundation at
garysinisefoundation.org.

To order memorial trees or send flowers to the family in memory of John Tokar, please visit our flower store.