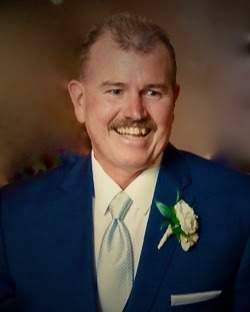 Live streaming of the service may be accessed here https://vimeo.com/event/2392921

We are devastated to announce the passing of our amazing husband and father, John David Tomasini Jr. on Tuesday, August 23, 2022. The legacy of John’s amazing leadership and strength will inspire us to persevere in his absence.
John was born in Passaic, NJ on January 27, 1965, and lived in Clifton, NJ for the first 8 years of his life. John was raised by his mother and father, Linda Mae Tomasini and John David Tomasini Sr. While in NJ, John spent a large quantity of his time with his grandfather, John A. Tomasini, learning billiards, competing with homing pigeons, and developing a lifelong love of fishing. In the 2nd grade, the family relocated to Maryland where John graduated in the class of 1983 from Damascus High School, maintaining lifelong friendships with classmates.
While in high school, John worked countless hours after school and during summers digging basements and septic systems with his father. Upon graduating from Damascus High School, John was accepted into the College of Engineering for Civil Engineering at the Pennsylvania State University. John declined this opportunity and instead chose to begin Construction Trades Services, Inc., a site utility, excavation, and demolition company with his father. John purchased his father’s interest in CTS in 2003 and rapidly expanded the company into one of the premier construction companies in the area.
In 1984 John met the love of his life, best friend, and wife, Theresa. They happily dated for several years before marrying on May 23, 1987 and had a magical 35 years of marriage.
John and Theresa were a power couple. Together they started several successful enterprises including property development, residential, and commercial real estate. They built their 1st home in 1987 and moved in immediately after getting married. Upon the birth of their 2nd son, they built and moved into their current loving home in Thurmont, MD.
John’s interests and passions were wide and diverse. John cherished generously sharing his special gifts with those he loved.
John was actively engaged in raising 2 amazing sons, Taylor and Justin. He took an active role in all their activities.  As an amazing father and role model, John participated with the boys as a T-Ball coach. He enjoyed the competition and being a positive influence on kids.  John was very proud to be part of the team of coaches and families instrumental in developing the first ever Thurmont Little League State Championship team in 2005. John was passionate about ensuring that the young baseball players could continue playing, so in 2007 he built a professional collegiate size baseball field to share with the community.
John was passionate and driven to live a very full and robust life. His favorite past times included Flying and Offshore Fishing. John was extremely motivated to excel at all his endeavors. He was and continues to be an incredible role model.  He was confident that with good work ethic and a positive “glass half full” attitude anything was possible. John’s ability to accomplish and exceed expectations is an inspiration to everyone.
John’s Aviation journey began at forty years old, from that point forward he was motivated to fly HIGHER, FASTER and FURTHER. He actively pursued his dreams of becoming both a Private Jet pilot and helicopter pilot while balancing family time and expanding the business.
John loved sharing his passion for fishing. He took many friends, family, and business associates offshore. John’s passion for fishing progressed from catching and grilling tuna, mahi-mahi, and Mako on the back deck of the condo to participating and winning white marlin fishing tournaments all along the east coast.  As with all things, John pursued his passion for seamanship to the pinnacle and achieved his Master Captain’s license. He was proud to captain the “Theresa Jean,” his Viking yacht that he loved designing with his wife Theresa.
John will be remembered as the best father to Taylor Tomasini (and wife Stefania Napolitano), Justin Tomasini (and wife Alexandria Tomasini). As well as the best friend and husband to Theresa Jean Tomasini. He will be dearly missed by countless friends and extended family including: mother Linda Tomasini, sisters Amy Tucker (and husband Keith Tucker) and Wendy Bailey (and husband Scott Bailey), his sister-in-law Sandra Cavanagh (and husband Greg Buhrman), his nieces and nephews Noah Tucker, Nicholas Tucker, Alex Bailey, Morgan Bailey, Amanda Cavanagh, and Shannon Cavanagh. John is predeceased by his father John D. Tomasini Sr., as well as his best friends and in-laws, Floyd Eugene Runkles and Norma Dean Runkles.
We invite you to celebrate a life well-lived with us during the visitation on Friday, September 2 from 4:30 - 8:00 P.M. and/or Saturday 12:00 - 1:00 P.M. at the Stauffer Funeral Home, in Frederick, MD. The memorial service will be held on Saturday, September 3rd at 1:00 P.M. For those that cannot join us, the service will be live streamed on Saturday through the Stauffer Funeral Home website. John’s interment will be at Mount Olivet cemetery in Frederick immediately following memorial service.
John was very generous and kind his entire life.  In lieu of flowers, please consider a memorial contribution to the Breast Cancer Research Foundation at bcrf.org; to Mantle Cell Lymphoma, c/o Lymphoma Research Foundation at lymphoma.org; or Blood Clot research at stoptheclot.org.

To order memorial trees or send flowers to the family in memory of John D. Tomasini, Jr., please visit our flower store.