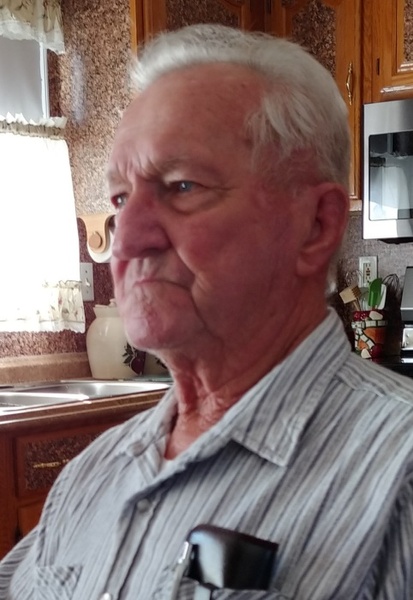 Joseph Ellsworth Fraley, 83, of Thurmont ,Maryland, passed from this life on Saturday, July 16th, 2022 at his residence surrounded by beloved family. He was the husband of Ann Marie Sharer Fraley, his wife of 59 years.
Born on March 6th, 1939, in Thurmont, Maryland, he was the son of Harry Franklin Fraley and Norma Talmage Brice Fraley West.
He was the Superintendent of Public Works for Thurmont at the time of his retirement in 2005 and served the town faithfully for 48 years. He was well known for his dedication and was loved and respected by his fellow co- workers who were more like family.
He was an avid slow pitch softball player and played in many leagues around the area. His greatest joy was his children, grandchildren and great-grandchildren as well as his close family and friends.
Surviving in addition to his wife and two children: Harry Joseph (Joey) Fraley and wife Pam, Denise Marie Laster and husband Billy; three grand-children: Heather Fraley Shultz, Bryan Laster and Andrea Laster; two great-grandchildren: Brianna Laster and Ryan Miller; three sisters: Nancy Fisher, Linda Brown and Louann Delphey and husband Bob; two brothers: Gordon (Butch) West and wife Lin: Tony West and wife Debbie; a sister-in-law; Donna West as well as numerous nieces, nephews, close friends and relatives. Joseph was preceeded in death by his father Harry Franklin Fraley; mother Norma Talmage Brice Fraley West and a brother; Bryon ( Tommy) West.
The family will receive friends from 2-4 and 6-8 on Wednesday, July20th, at Stauffer Funeral Home, 104 East Main Street in Thurmont, Maryland, where a celebration of Joseph's life will take place at 11:00 AM on Thursday, July21st, with Rev. Donna Sandridge officiating. Interment will be private.
Memorial donations may be made in his name to Frederick Health Hospice. 1 Frederick Health Way, Frederick MD 21701.
To order memorial trees or send flowers to the family in memory of Joseph Fraley, please visit our flower store.