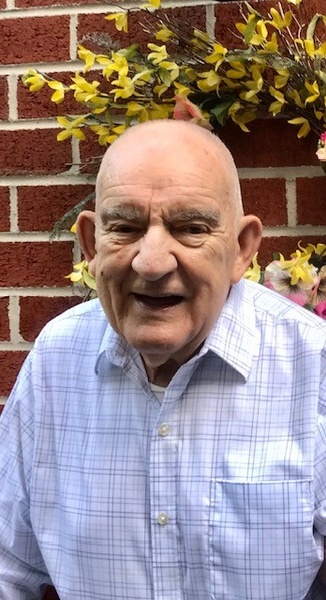 Joseph Lohenitz (96) of Mount Airy, passed away peacefully on August 7, 2022, at Kline Hospice in Mount Airy. He was the devoted husband of Mildred (Kasmer) Lohenitz for 57 years. He was born on December 24, 1925, in McAdoo, PA. He was the son of the late Michael and Agnes Lohenitz. He graduated from McAdoo High School. He served as a Corporal in the U.S. Marines during WWII. He also served as a Sergeant, first class, in the Army during the Korean War. He worked two jobs for most of his life. He was a Pipe Fitter for Remington Arms in Connecticut for 35 years. He also worked at Southern New England Ice & Oil in Connecticut for 45 years.  In addition to his wife and best friend, Mildred, he is survived by his daughter, Susan Berube, and her husband Jeffrey; his grandchildren & “buddies” Kimberly (11) and Colton (7) and his best fur buddy, Jackie.  In his retirement he loved traveling across the country with his wife. They visited 39 states, Puerto Rico, and Canada. He enjoyed gambling at many casinos during their travels. He loved being outside, working in the yard, gardening, and taking his dogs for long walks.  Pop-Pop, as he was known by his grandchildren, was happiest when playing with them. They played Army together and he loved telling them stories that he creatively created. A memorial mass with military honors will be offered at 1:00 pm on Saturday, August 13, 2022, at St. Ignatius of Loyola Catholic Church, 4103 Prices Distillery Road, Ijamsville, MD 21754. Memorial Contributions may be made in his name to Tunnel to Towers memorial www.t2t.org.