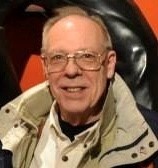 Joseph Williams, 80, of Laurel, Maryland, passed from this life on Thursday, April 14, 2022 surrounded by his family.


Born on March 15, 1942,  he was the son of the late Delbert  Bernard Williams and Viola Dorothy (Whetzel) Donnelly Williams.


He was the beloved husband of the late Shirley Williams, his wife of  52  years.


Joseph retired from the Maryland Department of Transportation after 14 years.


Joe was a proud Marylander and Republican. He offered his free time on mayoral and congressional campaigns. Of particular note, he worked on Brad Jewitt's 2004 congressional campaign for the 5th district.  Joe worked tirelessly on the campaign. First, he was a volunteer, doing everything from stuffing envelopes to installing signs. Due to his dedication to the campaign and hard work ethic, he was brought on as a full-time staff member after Jewitt's primary victory.


In his spare time Joe enjoyed fishing, golfing, gardening, and really bad dad jokes, which he loved to lavish on his family. Family always came first and he would spend as much time as possible with his children and grandchildren. He was a lover of horses and spent many weekends volunteering at Days End Horse Rescue in Woodbine MD. He raised 2 German Shepherds one when young and the other into retirement, he named them both Mighty and gave them both unconditional love.


He is survived by his children, Dawn Roach and husband, Timothy, Joseph Williams II, and wife, Jennifer, Patricia Stacey Stargel, Douglas Williams, and wife Allison. He is also survived by 8 grandchildren and 4 great grandchildren.


Memorial donations may be made by clicking HERE .

To order memorial trees or send flowers to the family in memory of Joseph Williams, please visit our flower store.